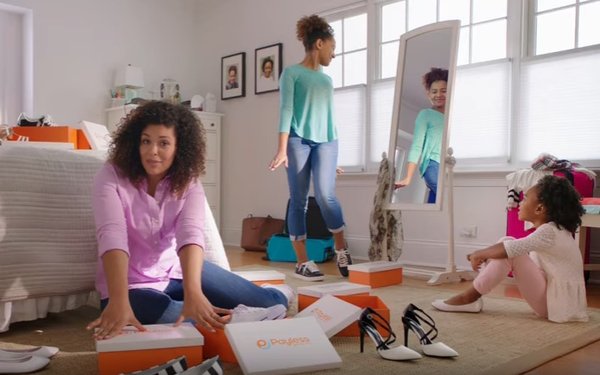 Looks like America is falling out of love with fashion, at least for now: A new report from the NPD Group highlights worrisome drops in sales of both footwear and accessories.

Total spending on what we wear accounts for a staggering $334 billion in sales, according to the Port Washington, N.Y.-based market research company. And apparel, at about 65% of the total, is continuing to grow at rates seen in recent years. But spending in the trendier footwear category has fallen 1% to $65 billion in the 12-month period ending in February, with fashion shoes tumbling 6%. (Athletic footwear sales gained 3% in the last year, according to NPD’s most recent analysis, and athleisure clothing continues to be a bright spot.)

Fashion accessories sales lost 7% to $51 billion, with sales dropping off both online and in-store. And handbags alone tanked more than $1 billion, to $7.3 billion in that 12-month span.

Those declines came even as Millennials increased their buying in those categories.

It’s all added to retailers’ woes, from discounters like Payless announcing bankruptcy earlier this month to struggles at higher-end brands, including Michael Kors and Coach.

“The losses happening within footwear and fashion accessories are leading indicators of the fundamental changes occurring within the whole of fashion at retail,” says NPD’s Marshal Cohen, chief industry analyst, in the report. “Consumers tend to build their wardrobes through accessories and footwear, giving their outfit a fresh look, so when sales of either of these industries slow or decline it signals a decline in fashion as a priority.”