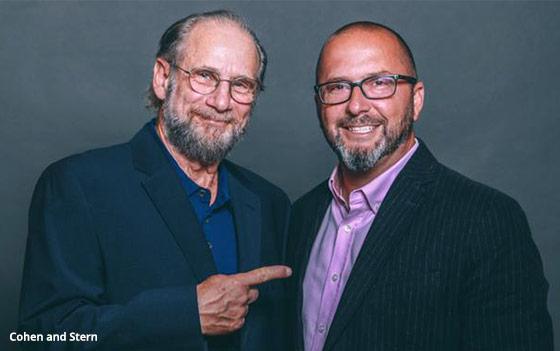 For the past five years, Stern has played creative consultant to advertisers, agencies and tech startups. Stern reports to president Ed Chambliss and founder/chairman Joe Phelps.

Cohen was actively involved in selecting his successor at the 100% employee-owned agency. Cohen admits Phelps requires "unusual talent" since the CCO must work alongside 70 colleagues where everyone has a voice in the work that’s created. Even more than a thick skin, you need an open ear and a lot of flexibility, he says.

“Tony matches the heartbeat and personality of Phelps,” said Cohen. “He understands how advertising, public relations and social media in all their forms actually work in the world, and he’s comfortable working with all of the specialists to make them work synergistically. That’s in line with Phelps, where we put everyone together on work from the beginning, because the linear approach to communications can’t keep pace with today’s world.”

Cohen is retiring after a career that spanned five decades, the last two of them with Phelps where he led defining campaigns for such brands as Petco, Tahiti Tourisme and City of Hope. "As you get older, you feel it in your bones - literally and figuratively," says Cohen. ""At age 74, I just wasn't willing to put in all the time or make the sacrifices it takes to be a strong creative leader. When Tony Stern came along, I knew the agency was in good creative hands and I could leave with confidence. Paris awaits."