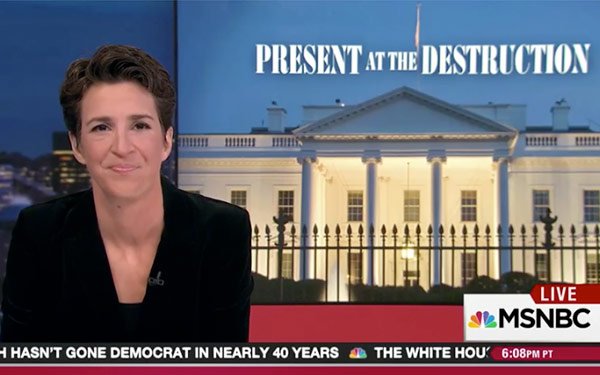 Year-to-date, all TV news programming is now up 12% over a year ago -- and 16% higher for the week versus the same period a year ago, according to Pivotal Research Group.

Looking just at the three biggest cable news networks -- Fox News Channel, MSNBC, and CNN -- these are now collectively 31% higher in viewing for the year so far, and up 43% for the 16th week of the year.

For all of 2016, there was 43% higher viewing collectively at CNN, Fox News and MSNBC, Pivotal says. All other nationally rated TV person-viewing hours fell 1% during 2016 versus 2016.

MSNBC has soared in the most recent week, looking at average Nielsen measured viewing for prime time -- up 104% to 1.5 million viewers, good for second place among all cable networks. The network is up 74% higher in total day viewers, now in fourth place at 793,000 viewers.

Fox News Channel remains the highest-rated cable network -- 2.38 million viewers, up 31% versus a year ago.

So far this year, broadcast networks news programming accounted for 29.7% of news viewing, down by 10.5% versus last year.