Propel Gets 'Ugly' For Fitness 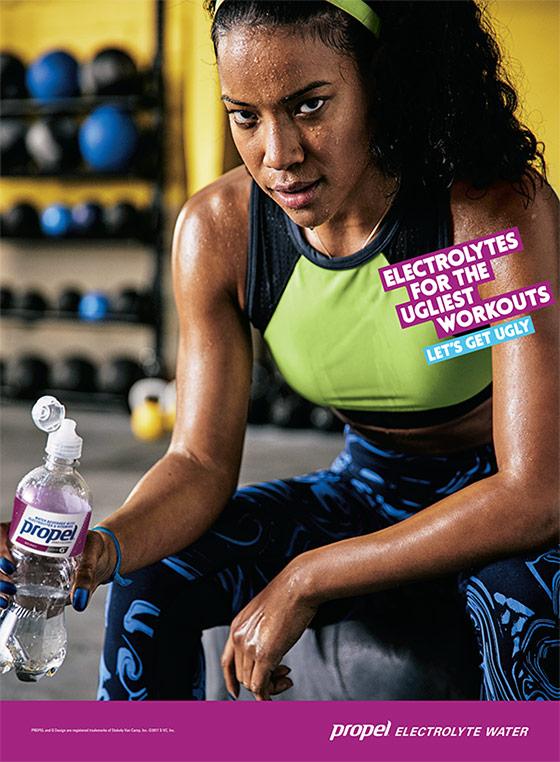 Propel and agency mono are celebrating the hard work and extreme effort that goes into every workout with the "Let's Get Ugly" campaign.

"For people passionate about fitness, working out is often the best part of their day. So why does the category always look so moody and serious and joyless?" asks the agency. The creative features brightly-colored exercise fanatics over an upbeat U.G.L.Y cheerleader chant performed by Grammy-nominated musician Jessie J.

The 30- and 15-second spots air on Bravo, Comedy Central, E!, Food Network, El Rey, MTV, Spike, VH1, Discovery and FX, among others. Print ads will run in the May issue of Shape, Women's Health, Men's Fitness, Men's Health, and People.

In addition, the brand is launching Propel Co:Labs, a multifaceted national program that offers fitness classes with music, seminars, as well as presentations and advice from leading experts.

These events will take place over the summer in New York, Chicago, Miami, Denver and Los Angeles.

This is mono's third year working with the brand. Previous year's campaigns were primarily centered on reintroducing the brand, product and its benefits.

Launched in 2000, Propel comes in unflavored, and in nine flavored options, which also include B vitamins and antioxidant vitamin C. The brand is owned by PepsiCo.