Los Angeles Proclaims 'Everyone Is Welcome' 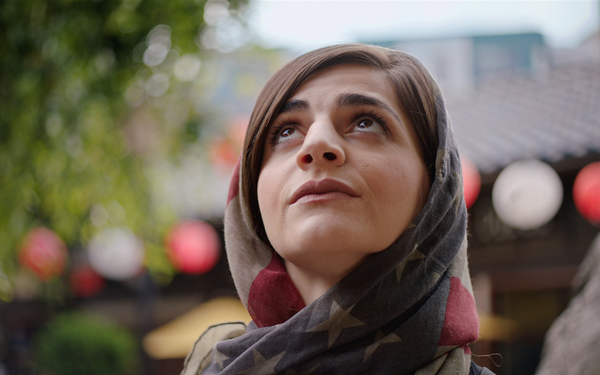 Los Angeles’ tourism bureau is hoping to counter a perceived “anti-welcome” sentiment in the United States with a new social campaign.

New data projects that Los Angeles County could suffer a three-year loss of 800,000 international visitors, totaling a potential loss of $736 million. This is after last year when Los Angeles welcomed 47.3 million visitors in a sixth consecutive year of record-breaking tourism.

In the hope of inspiring visitors not to cancel their travel plans, Discover Los Angles is introducing a new social campaign, #EveryoneIsWelcome.

The campaign includes a video, the first film piece created by the in-house creative team, and will culminate with a surprise activation in early May.

“While we aren’t revealing all the details just yet, it will be a welcome-related activation keeping with the theme of #EveryoneIsWelcome,” Don Skeoch, CMO at Discover Los Angeles, tells Marketing Daily.

The video will be featured on Discover Los Angeles’ social channels — Instagram (@discoverla), Facebook (@DiscoverLosAngeles) and Twitter (@discoverLA) from April 18 to May 21. The campaign will be supported via paid social efforts in Canada, Mexico, Australia, the UK and China.

Diversity and inclusivity have always been cornerstones of Los Angeles culture — people from 140 countries who speak over 224 languages currently call L.A. home, and it is one of only two U.S. cities without a majority population. The community has consistently rolled out the red carpet for visitors from across the globe, Skeoch says.

“We are uniquely positioned to deliver a message of welcome to potential visitors from all corners of the globe — and there’s never been a more important time to show we welcome and value them in Los Angeles than now,” he says.

The video features paper planes, embodying patterns emblematic of countries around the world, which “fly” into Los Angeles. It features L.A.’s creative community coming together in a message of a willingness to accept everyone with open arms. The film features Angelenos who are genuinely passionate about this message, including Layla Shaikley, founder of the #mipsterz movement and a Muslim-American daughter of immigrants, who flew back to L.A. to participate in the spot because she believed strongly in the message.

Silver Lake local Father John Misty’s song, “Real Love Baby,” serves as the spot’s soundtrack. Half of the featured people aren’t actors — they were included in the spot after seeing filming on the street and expressing interest in being a part of it. The video also features six pieces of street art, all from local artists including Shepard Fairey.