NatGeo Inspired By 'Genius' And 'Race,' Pushes For Global Reach 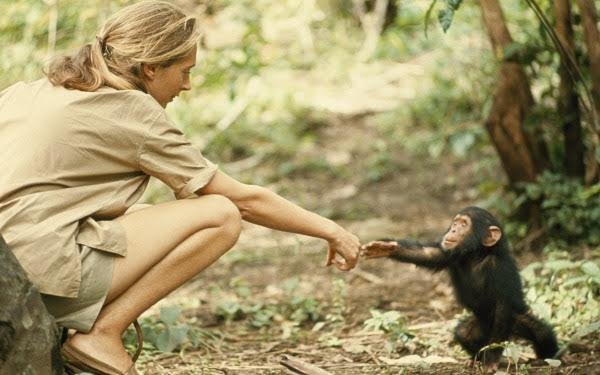 National Geographic’s upfront presentation Wednesday night emphasized its partnerships with A-list content creators and promoted the synergies the company has built between its TV networks and world-famous magazine.

A case in point: National Geographic magazine’s current issue boasts an image of Albert Einstein on the cover, with the headline “What is Genius?” The magazine coincides with the premiere next week of the 10-part “Genius” scripted miniseries starring Geoffrey Rush as Einstein on NatGeo’s cable network.

The premiere episode of “Genius” was directed by Ron Howard, who produced it along with Brian Grazer, his partner in Imagine Entertainment. They were both in the audience at NatGeo’s upfront presentation in New York, along with other Hollywood powerhouses, such as producer Harvey Weinstein, Mike Medavoy and Morgan Freeman.

Medavoy is producing NatGeo’s second scripted series (after “Genius”) — an Iraq War drama now filming in Texas. Titled “The Long Road Home,” the series is based on a book by ABC News correspondent Martha Raddatz, who presented a clip of the show alongside Medavoy.

Freeman and his producing partner, Lori McCreary, announced their second documentary series for NatGeo, following their first, “The Story of God,” a high-rated six-parter that aired last year.

Their new effort, hosted by Freeman, is called “The Story of Us.” It will have Freeman traveling the world “to meet with people from all cultures whose lives are shaped in surprising ways by different fundamental forces,” NatGeo said.

NatGeo also announced a new documentary in production from filmmaker Brett Morgen on the life of naturalist Jane Goodall. It  will utilize newly discovered archival footage of her as a young researcher infiltrating a community of chimpanzees for the first time (photo, above).

Morgen is a documentarian known for films such as “The Kid Stays in the Picture” and “Kate Cobain: Montage of Heck.”

“National Geographic is not just about driving a global conversation with stories that matter, but we’re taking it one step further, using our influence to inspire real action and change. Together with you, our brand partners, we can do that,” said Ripp, whose repeatedly stressed NatGeo’s one-word slogan: “Further.”

“In addition to changing the game on storytelling, we’ve also changed the game on partnerships. We’ve gone bigger, we’ve gone bolder – platform-first approaches that harness the power of our brand and vast portfolio to drive that real engagement with brands that have committed with us to go further,” he added.