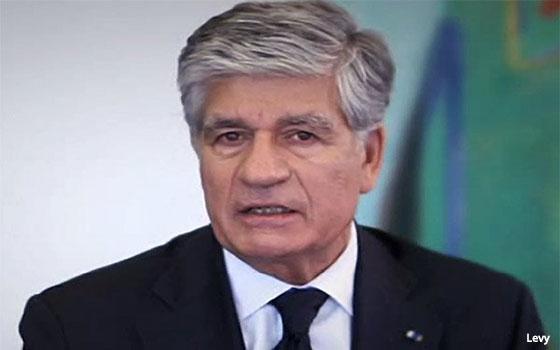 Publicis Groupe's Q1 2017 is off to a sluggish start, with organic growth at -1.2% due to weakness in consumer goods advertisers. "Instability continues to prevail in the international environment, causing companies to proceed with great caution despite strong balance sheets," says chairman/CEO Maurice Lévy. "Changes in the field of technology, in consumer behavior and in the media landscape have led companies to question their business models and marketing strategies."

The international network reports signs of recovery in certain markets. North America remains uncertain, reporting a revenue decline of 0.8% while experiencing organic growth of -5.0% due to the impact of past issues. Unfortunately, new projects had not yet ramped up to their full potential, says the Groupe.

Europe, by comparison, showed signs of recovery, reporting recorded growth of 3.8% aided by 5.5% organic growth. France (+11.9%), UK and Italy (+9.1% and +6.3% respectively) were bright spots, while Germany was down 3.6% due to an unfavorable basis of comparison. The situation has been recovering in Russia, with 20.4% growth.

Latin America grew its revenue by 8.5%, partly due to exchange rates as organic growth for the region was 4.5%. Activities in Brazil went down 1.7% and Mexico sustained a strong growth rate (+25.7%).

Publicis expects Q2 2017 to remain in negative territory, but as the year progresses, the Groupe will show continued improvement with 2018 materializing as expected, says Lévy.

"This momentum is encouraging in many respects: the implementation of The Power of One is generating positive feedback from clients," he says pointing out that more than 60 new executives have been given new authority or appointed and the Razorfish and SapientNitro merger is "well under way." New business will also finally start impacting the balance sheet. Since Q2 2016, Publicis has landed Walmart, HPE, USAA and Asda, among others.

"Publicis has been substantially transformed to enable us to provide our clients with even better 'end-to-end' service in business transformation," says Lévy.