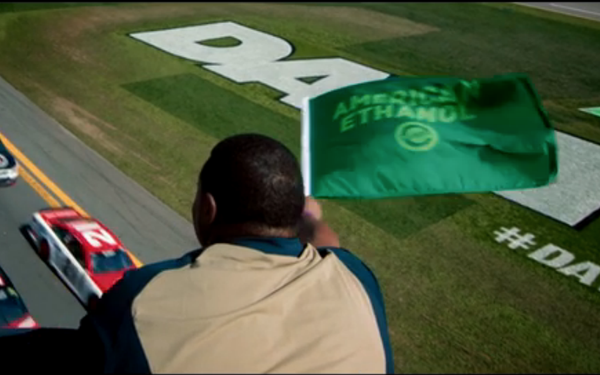 The initiative runs through the Toyota Owners 400 on April 30. The effort aims to build awareness around the programs NASCAR and its partners have developed to help reduce its carbon footprint.

The campaign includes a call-to-action for fans and the industry to donate trees that will be planted across the country as well as in areas recently devastated by natural disasters. Fans can visit NASCAR.com/green to donate trees -- $1 per tree for a 2- to-3-foot sapling -- to be planted in those areas with the support of the Arbor Day Foundation. Fans are encouraged to share their own efforts around being green by using the hashtag #NASCARGreen.

The NASCAR Green microsite was redesigned by NASCAR Digital Media and includes news and an interactive carbon calculator. NASCAR Green debuted a new TV spot April 21 from 77 Ventures featuring a newly created NASCAR Green logo along with info on the initiatives the sports has undertaken to be more earth-friendly.

Other events surrounding the initiative include:

Drivers have racked up more than 10 million competition miles on Sunoco Green E15, demonstrating that the ethanol blended biofuel stands up to high performance racing while significantly reducing emissions. Safety-Kleen delivers its oil recycling and re-refining services to the track each weekend, ensuring all cleaning solvents, oil, fluids and lubricants are recaptured and incorporated into useable products.