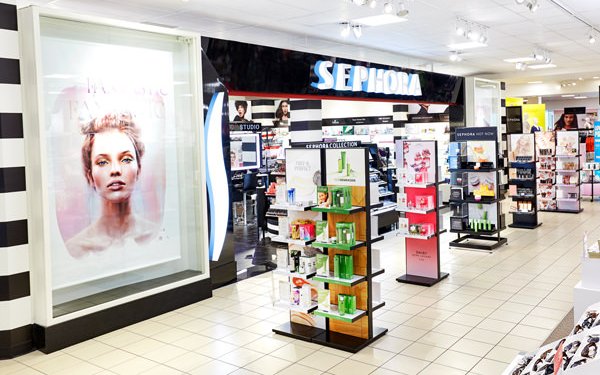 Amid widespread store closings, JC Penney is playing to its strengths, opening 70 new Sephora Inside JCPenney locations and expanding an additional 30.

The Plano, Tex.-based retailer began the Sephora partnership over a decade ago, and it has flourished under multiple management and brand shifts. In 2016, for example, it opened 61 new locations, with the company describing the results as “incredible.” Earlier this month, Penney also announced it was converting 50 more of its salons to The Salon by InStyle, another attempt to make beauty offerings a little more chic. With these upgrades, along with its recent push back into home appliances, JCPenney execs believe they can bring a spark back to physical stores. (The company is in the process of shuttering 138 stores.)

“We believe the relevance of our brick-and-mortar portfolio will be enhanced by creating a more inviting environment in our physical stores,” chairman and CEO Marvin Ellison told investors when presenting its most recent quarterly results. “The experiences we are able to create for our customers in-store through our Sephora and Salon growth initiatives are hard to replicate online and magnify the importance of physical stores. These areas continue to be clear differentiators for us while driving significant traffic and frequency of visits to our stores.”

The new push means every single Sephora location is due for enhancement in 2017, either through expansion or updating merchandise assortments.

It also includes a new omnichannel approach: Shoppers can order their Sephora inside JCPenney products online, then pick them up in stores the same day. “Creating a best-in-class beauty experience in stores is one of our biggest advantages over the competition,” Ellison says in its announcement.

And Ulta, based in Bolingbrook, Ill., continues to be one of the hottest performers in retail. Its same-store sales last quarter increased 17%, with e-commerce sales climbing 63%.