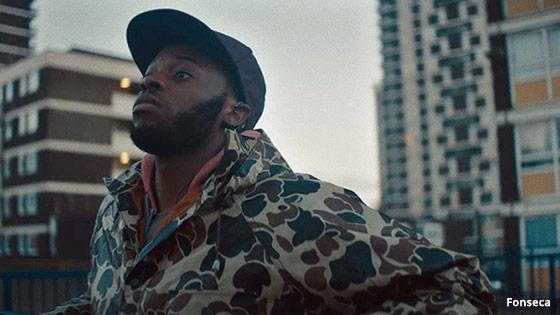 The second annual Tribeca X Award went to “Chris Fonseca: Keep It Moving,” directed by Zachary Heinzerling for Smirnoff Ice. It was chosen by a jury from a pool of 10 finalists, narrowed down from 600 entries. The video about a deaf choreographer won the Tribeca Film Festival award for branded content.

The announcement was made by Jenna Lyons, creative advisor at J.Crew, and CEO of Upworthy Eli Pariser, two jurors who helped select the winner at a screening of the work during 16th annual Tribeca Film Festival yesterday.

Any scripted or documentary work for film, TV, digital, social and VR/AR, in both feature or short length, was eligible for the Tribeca X Award, as long as the projects were funded with support of a brand in collaboration with artists or filmmakers.

The video tells the story of Chris Fonseca, a deaf choreographer who teaches his students how to express themselves and find their self-confidence through dance by feeling the vibrations of the music.

Lyons stated:  “There was something special in "Keep It Moving" that resonated unanimously with the group. The message was not only important and poignant — it was expressed with beautiful imagery, as well as a unique play on sound that allowed the viewer for a brief moment to possibly imagine what it might be like to live in Chris’ world." She also called it "inspiring."

Other finalists included a Square-sponsored video about a Syrian refugee who opens his own falafel restaurant and a spotlight on a 51-year-old ski guide who calls himself the “Ultimate Peter Pan,” sponsored by Yeti Coolers. The other videos were sponsored by brands such as Apple, Beefeater, BMW, Chanel, Kenzo, Red Bull and Visit Seattle.

“We’re in the business of socializing,” he said of the company, tying the brand to the film by describing it as “a story of inclusivity” promoting “social inclusivity.”

Atkinson said there was not much obvious branding in the video, in order to tell Fonseca’s story in a “pure and unadulterated way.” He added that brands have to give valuable content to their consumers or they may get “washed out.”

Diageo is funding another sponsored video about an albino French Congolese DJ who wants to return to Congo to perform.

During a panel after the screening, CEO of Tribeca Enterprises Andrew Essex said quality branded content is essential to grab consumers’ attention. “Great stories generate their own momentum. If it is not interesting, it doesn't deserve to be seen.”

The finalist projects are available on a special section on The Atlantic’s site, thanks to their partnership with the award. The site section was created by The Atlantic’s in-house content studio, Atlantic Re:think.