Stonyfield Wants To Save Penguins 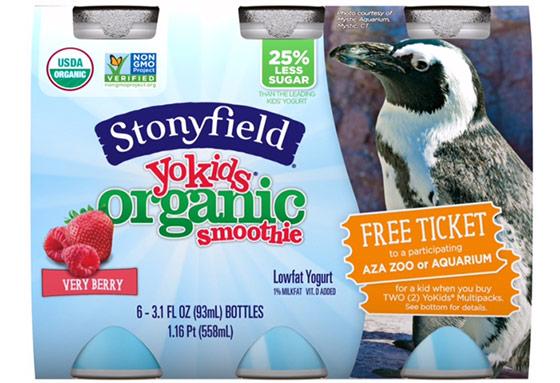 Stonyfield is celebrating World Penguin Day on April 25 with the "Save Animals. With Cows" campaign developed in support of the organic yogurt maker's sponsorship of the Association of Zoos and Aquariums’ (AZA) SAFE program. The creative concept was developed by Nail with execution and production by Stonyfield. PR and influencer support is handled by 360PR+ and Carat has been responsible for media planning.

The project kicks off with a video appearing across social media that asks both parents and children: "Can a Cow Save endangered animals… like penguins, giraffes, sea turtles, rhinos and more?”  The clip ends by encouraging viewers to respond using the hashtag #imaginehow.

To help jumpstart buzz, 360PR+ worked with online parenting influencers to share with their networks.

Other campaign elements include TV and digital to highlight the "optimism and imagination of children," proving that young minds can inspire us all to see the world through a lens of possibility and creativity again.

The African Penguin and other endangered species will be featured on various Stonyfield YoKids packaging this year, along with an on-pack offer running through September that provides a free kid's admission to a participating AZA-accredited zoo or aquarium with the purchase of two YoKids yogurt packs and a full-price adult ticket.

As part of the year-long effort, Stonyfield has committed funds that will be used to help reverse the decline of the African penguin and drive conservation awareness. In the last 100 years, African penguin breeding pairs, which numbered almost one million at the beginning of the 20th century, have dropped to approximately 25,000 – a 97% decrease.

“Stonyfield believes that engaging children’s curiosity can help fuel a lifetime of ecological awareness and the belief that they can help save these amazing animals,” says Andy Sundberg, senior brand manager, Stonyfield YoKids. “As symbolized in these videos by our brand mascot the cow, we believe we can all be planet heroes.  We want people to be inspired by the possibility they see in these videos as well as the spirit and creativity found in the minds of the Earth’s young stewards.”