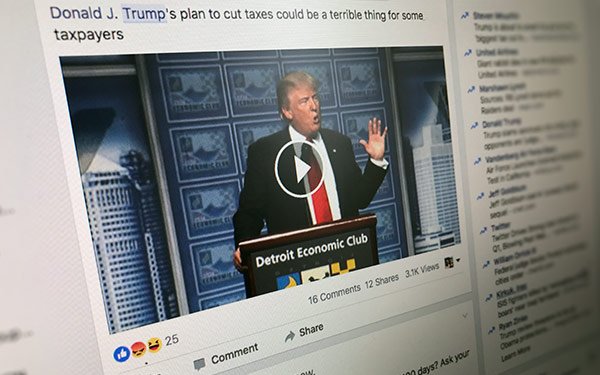 In what Facebook describes as a “test,” the social giant will now use its Related Articles feature to fight fake news.

The goal of the experiment is to offer users “additional perspectives and information, including articles by third-party fact-checkers,” Sara Su, a product manager at Facebook, notes in a new blog post.

“These additional articles, which appear for topics many people are talking about on Facebook, will appear in a unit below the link,” she added.

Facebook first launched its Related Articles feature back in 2013. At the time, it was designed simply as a mechanism for encouraging greater user engagement. Su assured publishers and other page owners that this latest change is not likely to significantly impact their reach.

Facebook is reportedly looking for a new leader to fight the war against fake news.

The company is apparently scouring the technology and media industries for the right executive, but the search is proving more difficult than expected.

By its own reckoning, Facebook is getting better at spotting spam, bogus accounts, fake news, con jobs, and other types of misinformation.

For Facebook, red flags include repeated posting of the same content, and an increase in messages sent.

In tests, this evolving strategy is already showing results, said Shaik. “In France, for example, these improvements have enabled us to take action against over 30,000 fake accounts,” he calculated.

Going forward, Shaik said he and his team were focused on sidelining the biggest and more prolific offenders. “Our priority … is to remove the accounts with the largest footprint, with a high amount of activity and a broad reach,” he noted.

Not everyone has applauded Facebook’s approach to fighting fake news, however.