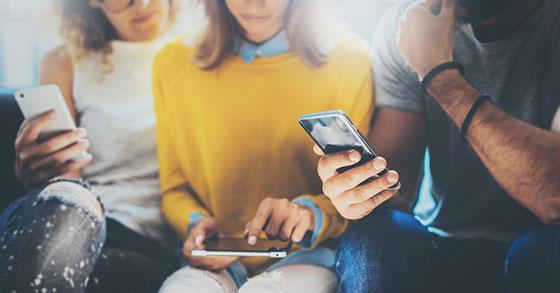 For the first time, more than half — or 51% — of the record $72.5 billion spent on digital advertising in the U.S. last year was on mobile ads, according to a report conducted by PwC US for the Interactive Advertising Bureau (IAB).

First reported by The Wall Street Journal, those numbers represent a 77% surge of spending on mobile advertising to $36.6 billion last year, according to the IAB. Digital ad spending in general grew 22% in the U.S. from the previous year.

A big chunk of that mobile growth was driven by Facebook and Google.

Other key findings of the report include growth in online video ads, in which spending jumped 53% to $9.1 billion. Mobile video spending grew by 145% year-over-year to nearly $4.2 billion.

Digital audio advertising crossed the $1 billion spending mark for the first time in 2016. Those figures also include ad revenue generated by streaming services and podcasts.

For months, the Association of Magazine Media has tracked online magazine audiences' shift from desktop to mobile devices, in its monthly Magazine Media 360° Brand Audience Reports.

In February, the report found Web audiences using desktops or laptops had dipped by 14.2% compared to the same month a year ago, while mobile audiences were up 2.9%.

Interestingly, the March report from MPA revealed mobile audience decreased by 1.3%, the first report that showed even a slight decline in mobile magazine audience.

“We continue to believe this flattening is due, in large part, to comScore’s methodology change initiated in Jan 2017, as well as an indication this platform is approaching saturation. There are only a handful of magazine brands that have yet to develop their mobile audiences to reportable levels,” an MPA spokesperson said in an email.