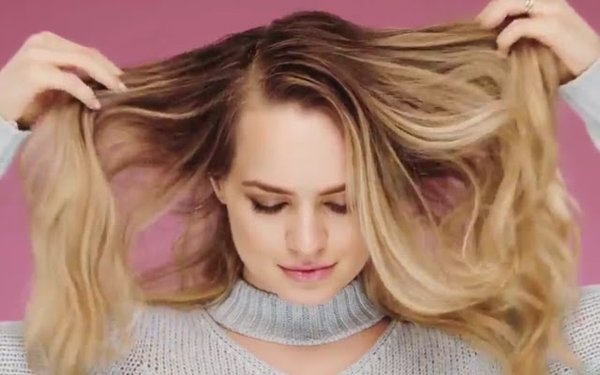 Looking for new customers may sound like Marketing 101, but SheaMoisture’s latest effort earned it an “F” in a swift and blistering lesson from "Black Twitter," a term for trending topics among black social media users.

A quick recap: The natural haircare brand released an ad focusing on “hair hate,” but instead of featuring the women of color who make up its core base, it starred three white and one very light-skinned women. The apparent whitewashing immediately drew heat from influential social-media critics, as thousands piled on the boycott bus. (Within a day, it was trending on Twitter.) @curlynikki, for example, called it “the perfect example of gentrification.” And @KimberlyNFoster denounced it as “#AllLivesMatter marketing,” adding: “Black women built SheaMoisture…. Black women will take it right on down too.”

But mostly, Twitter users just had a good time sticking it to Shea with funny memes and tweets that included “Have a Pepsi.”

The brand’s leap into damage control was fast and human. “We really f-d this one up,” it says in its Facebook response. “Please know that our intention was not–and would never be–to disrespect our community…We are pulling this piece immediately.”

SheaMoisture didn’t respond to Marketing Daily, but observers say the gaffe brings up issues facing any brand with a fiercely loyal audience, who might be labeled as sell-outs by trying to move mainstream. And they say it also reveals a curious colorblindness about hair.

SheaMoisture has a few recent advertising home runs under its belt, including a campaign called “What’s normal?,” challenging the insulting way “normal” is used on most of the world’s shampoo bottles. Another effort, called #BreakTheWalls, spoke to the way black haircare products routinely get exiled to the “Ethnic” section, not the beauty aisle.

The Amityville, N.Y.-based brand missed its step this time by taking that inclusivity idea so far that it excluded its core followers. “Hair hate is real,” says Camille Taylor, creative director at Lattimer Communications in Atlanta, who did not work on the campaign. “And you can’t equate the struggle white women have with their hair to black women. It’s not the same. White women have never been told that their hair, in its natural state, is 'not professional.’ That’s what’s been behind the natural hair movement—this empowering idea that our hair was beautifully and wonderfully made—no matter what the world’s beauty standards are.”

Like it or not, hair “is a political statement in the black community,” says Stanford Smith, founder and CEO of Pushing Social, a content marketing agency in Detroit. “And it’s an identity issue. So seeing an ad with predominantly white women violated a core belief people have about the brand.”

It’s also worth pointing out that the category has a history of a sense of betrayal, and many black-owned brands have sold out to larger companies and lost focus. Recently, black beauty brand Carol’s Daughter was acquired by L’Oreal. And Bain Capital bought a significant stake in Sundial, Shea’s parent, in 2015.

“So even though there’s been a sense that this brand was for us, and by us,” says Dr. R. Kay Green, a marketing consultant based in Washington D.C. it means women are more sensitive to the idea of a brand turning its back to them.

That could spell trouble for SheaMoisture. “The Black haircare category is expanding with new brand and product entrants, causing expenditure increases,” says market researcher Mintel in its latest analysis of the black haircare market. “But at some point that may cause cannibalization as consumers continue to try new products but not remain loyal to brands.”

The trend toward natural hair is reshaping the industry. Mintel says the black haircare market in the U.S.—about $2.56 billion in sales in 2016--is growing at about the same rate as mainstream haircare. (It forecasts that total haircare sales this year will hit $8.3 billion, up 2.3% from last year.) But while sales of shampoo, conditioner, and hairstyling products have been rising, the sale of relaxers have slumped. Those now represent just 24% of the market.

Smith thinks the uproar has as much to do with brand authenticity as it does with race. “I can imagine that if Ford did something with Mustang that offended its fan base, it would face a backlash, too.” And he says the many Twitter wits that compare it to Pepsi’s recent Kendall Jenner disaster are being a little harsh. “I don’t think this is as much of an issue of being tone-deaf as a creative team not thinking an ad all the way through.”

The message? If you’re going to make an ad that claims to be inclusive, it better represent. “The ad itself didn’t do anything wrong, presenting a range of hair problems,” says Dr. Green. “It just should have shown women from the darkest hue to the lightest.”