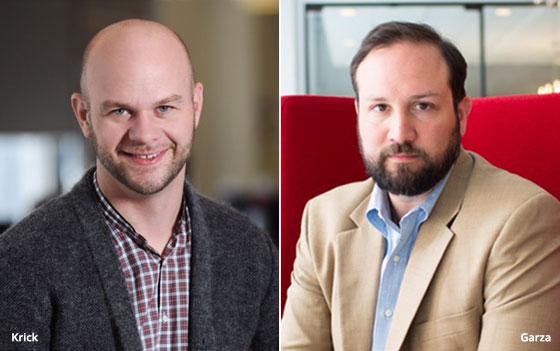 Garza will oversee a team of more than 220 staffers that manages all media buying and optimization, including biddable and programmatic ads.

Garza joined the agency in 2014 as programmatic lead for North America before adding the Europe-Middle East-Africa and Asia Pacific regions to his portfolio. Most recently, as global programmatic director, Garza has overseen the agency’s programmatic buying activity increase more than 50% globally year over year in 2016.

Krick is tasked with managing 70 senior cross-channel optimization experts globally. The former global search and biddable director was previously responsible for more than 100 staffers and has helped to shape the agency's audience-based services.

“Oscar and Brian have played a fundamental role in our quest to reimagine the client experience,” stated Christian Juhl, global CEO, Essence. “Their digital media expertise is of paramount importance when we look at the future of our agency and the way we help brands reach consumers.”

Both will continue to report into Andrew Shebbeare, co-founder and chief product officer.

WPP acquired a majority stake in Essence, now part of GroupM, in November 2015.