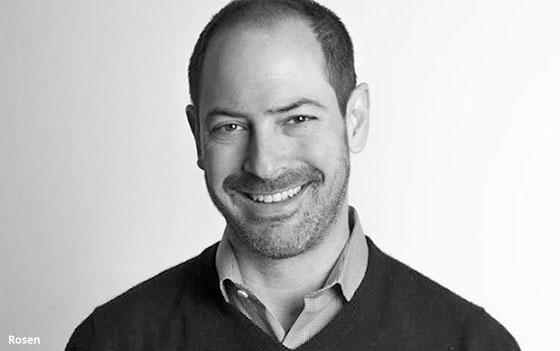 Rosen is tasked with helping to expand the agency's offering as well as managing its data-driven tools, including JubaPlus, the firm’s data sciences and audience targeting solution, and Ninety9X, a programmatic platform.

Rosen will be based at the company’s New York City office, reporting to CEO Christina Norman.

"The CRO position is a key member of the leadership team and will be key to the growth of Media Storm," says Norman. Rosen, she added, “brings end-to-end business savvy, broad industry expertise, and far reaching relationships across the media and marketing spectrum.”

During his decade-long tenure as President of Campfire, Rosen helped to secure client relationships with HBO, Verizon, Captain Morgan, Warner Bros., Ketel One, Showtime, and Infiniti. He also led the agency’s acquisition by SapientNitro in 2014.

Rosen’s appointment follows by a week word that the agency tapped industry veteran Steve Piluso to serve as executive director, head of media and integration. ML Search Partners handled recruiting chores for both of the hires.