Philosophy's New Mental Health Push: 'How Are You, Really?' 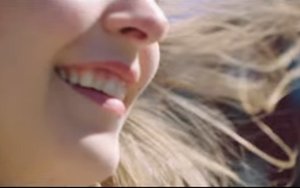 As brand-friendly diseases go, mental illness typically gets shoved to the back of the cause-marketing caravan, far behind problems like breast cancer and heart disease.

But a new PSA from Philosophy, the Coty-owned cosmetics brand, may signal a shift in the way brands broach the tender conversations that surround women’s mental health. Called “How are you, really?”, the woman-on-the-street video first asks women how they are, and gets the typical one-word comebacks: Fine, good, and even great. But adding the “really?” opens them up enough to reveal that most of them are toting at least some mental-health baggage, from alcoholism to caregiver guilt to struggles about sexuality. (Badger & Winters is the agency.)

It’s not exactly a new thing for Philosophy. The brand, owned by Coty, has always donated a portion of sales from a specific product to causes through its Hope & Grace Initiative, and over the years, those have included everything from breast cancer to children’s literacy to domestic abuse. And over the last few years, it’s created videos starring celebrities like Natasha Bedingfield and actress Mayim Bialik to highlight mental-health issues.

“But because the poems on our packaging are created to uplift a woman’s spirit, mindfulness and well-being have been a thread throughout the fabric of the brand,” says Marie-Pierre Stark-Flora, Philosophy’s global SVP.

This year’s campaign, Stark-Flora tells Marketing Daily, “defines the Hope & Grace Initiative’s mental-health related purpose.” While not everyone has a diagnosed mental illness, there are times when all of us struggle. “So, ‘how are you, really?’ helps us open up. With this campaign, we hope to facilitate that conversation, even if just a little bit.”

The company cites research that while one in five American adults struggles with mental illness in any given year, 91% say they hope a friend or family member would tell them if they were depressed.

And while mainstream brands tend to shy away from mental-health issues, she says the company’s own research confirmed that women are disproportionately affected. “Women are twice as likely as men to suffer from depression, for example. I am very proud … that approximately half of our grants are for prevention and intervention efforts for young women aged 16 to 30. I don’t believe any other brand has taken such a direct stand on these issues for women.”

The product supporting the push is a limited edition version of Amazing Grace Body Emulsion, with 100% of proceeds going to the fund. And it’s issuing its first brief on women’s mental health, developed in partnership with Arabella Advisors, a philanthropy consulting firm.