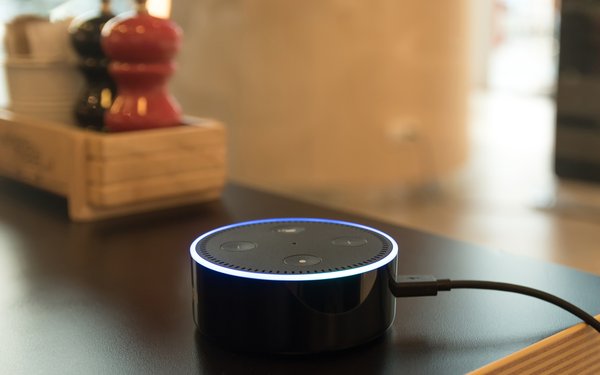 Smart home devices are growing while the smartphone boom heads toward its end.

In four years, annual growth of smartphones sold will have slowed from 30% in 2014 to a mere 4%, based on a new study.

Meanwhile, the number of connected smart devices in use will nearly double from 8 billion last year to 15 billion in 2021, according to the report by Ovum.

This transformation will lead companies like Apple, Samsung and others to seek new sources of growth in virtual reality, smart home and other remerging segments, according to Ovum.

Digital voice assistants also are on the rise, though from a relatively small base.

Only 11% of consumers own either an Amazon Echo or Google home, according to a recent study by GfK, which I wrote about here (Top Use Of Amazon Alexa, Google Home: Playing Music).

Amazon Echo and Google Home will account for 192 million of the 4 billion smart home devices in use by 2021, but their role within the home and the wider world of the augmented customer will be pivotal, according to the Ovum study.

Interactive audio speakers offer a more natural way than smartphones or tablets to control smart home devices. For example, Amazon’s Alexa already has more than 10,000 ‘skills’ that allow it to interact with a very large number of apps.

Even though smartphone sales will gradually slow and digital voice assistant will continue to grow, the smartphone still be a critical component of driving smart homes.

By 2021, Ovum says the smartphone will have cemented its position as the most popular consumer device of all time, with more than 5 billion in use.

Voice may be easier and more efficient, but the smartphone still will be the hub of the smart home for the foreseeable future.