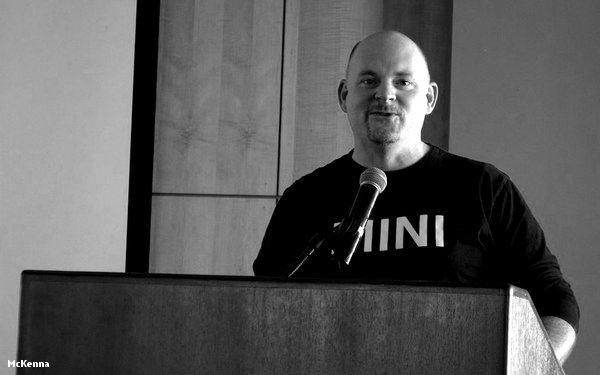 Mini USA has named Patrick McKenna to head its marketing operations, replacing Tom Noble who left the company in February.

McKenna’s new title is department head, Mini brand communications for Mini USA. He will maintain his current position as department head of product planning and aftersales on an interim basis until his successor is announced. One of his first tasks will be to hire a new ad agency.

Mini's longtime AOR, BSSP (formerly Butler, Shine, Stern & Partners) terminated its contract with Min, also in February. The agency, which had the account for more than a decade, initiated the termination clause in its contract rather than participate in a review. BMW requires Mini to hold agency reviews every four years. BSSP negotiated to extend that to six years, but the policy, along with a series of cost-cutting and consolidation moves by the automaker, prompted the severing of the relationship by the agency.

In his new role, McKenna is responsible for leading the Mini brand positioning, developing long-term strategies and executing all consumer communications and content.

Sources said Noble, who has been in various senior marketing positions in the auto industry for more than 11 years, left to pursue other opportunities.  He spent two years at Mini where he managed the brand’s $85 million annual budget. Prior to that, he was with BMW in Australia for almost a decade.

McKenna’s roots with the BMW Group date back to 1993 when he joined DeWitt Media on the same day the agency was named AOR for BMW of North America.

In his most recent role in product planning and aftersales, a position he held since December 2010, McKenna was responsible for determining the optimal retail volume, pricing, model mix, engine mix, and alternative fuel variants for present and future Mini models in the United States.

In other executive moves, Tom Salkowsky will become department head of sales for Mini USA. In this role, he will lead the company’s sales, volume planning and distribution operations in the U.S. Salkowsky succeeds Mark Orlando who is transitioning into a new role within the BMW Group, which will be announced at a later date.

“When it comes to marketing, Patrick is the right person to lead the Mini USA team as we move forward during this exciting time,” Felbermair said in a release. “His background in marketing communication and events on both the agency side and with BMW, coupled with his Mini product knowledge provide a solid foundation to help lead the brand on a fresh approach that remains grounded in our heritage.”