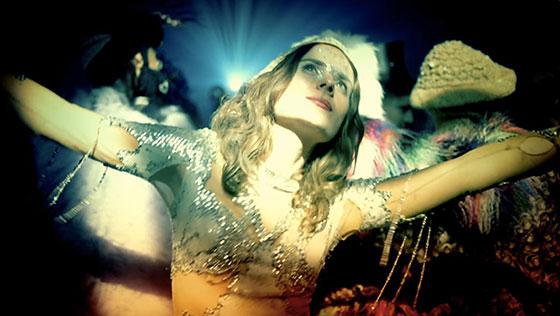 Jägermeister is unveiling its first major rebrand in the alcohol brand's 80-year-plus history. The refresh is designed to make the brand more appealing to Millennial-aged drinkers.

Developed with its lead advertising agency, Opperman Weiss, the "Be the Meister" platform encourages consumers to be “meisters” of their own lives. The mantra: “do what you do masterfully and you can live by your own rules.”

"It’s not the most expected direction, but then again, Jägermeister has never ran with the herd,” stated Chris Peddy, CMO, Mast-Jägermeister US. “Expected isn’t Jägermeister’s thing.”

The global campaign launches with a national television commercial running in the U.S. that showcases party-goers from underground bars and clubs of modern Berlin. The spot opens in a German nightclub, where the crowd is led in a toast by the ‘Meister of Cold,’ played by supermodel, Nadja Auermann.

Together, they celebrate beverage, "chilled to perfection at -18 degrees Celsius, before proceeding with a night of irreverent perfection."

The media buy includes the NBA Finals and the NHL Finals, as well as AMC and FX networks. In addition to the TV spot, the campaign will roll out across the U.S. in print, out-of-home and digital, as well as through in-store and on-premise bar activations. The global strategy is currently still being evaluated.

Commenting on the campaign, Jeff Weiss, cofounder and chief creative officer, Opperman Weiss, stated: “This Bauhaus–inspired glimpse into the Berlin underground is an own-able, modern way for the brand to maintain its category leadership while solidifying its position as a truly refined spirit. This is no doubt a pivotal time for Jägermeister."

Jägermeister, German for "Master Hunter," is the top-selling imported liqueur in the United States and is available in 129 countries around the world.