Mediabrands Shakeup: Tajer Out As CEO 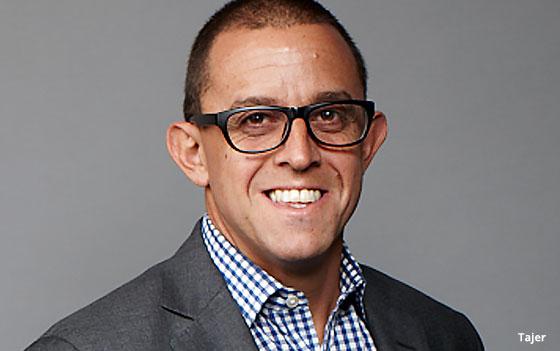 Mediabrands CEO Henry Tajer is departing the company. Since February of last year, Tajer has reported to Phillipe Krakowsky, who at the time had been named chairman of the Interpublic media unit, which includes UM, Initiative, Magna and a number of specialty media units.

Krakowsky’s appointment to the Mediabrands chairman role (he remains EVP, chief strategy and talent officer at the holding company) was part of an effort to align the firm’s media assets more closely with the broader holding company, providing easier access to the unit’s array of technology tools and resources to creative agencies.

That effort is ongoing.

Sources said Krakowsky’s appointment was a pretty clear sign that Tajer would be leaving. In an email to staffers yesterday  Krakowsky wrote:

“As you all know, the agencies within Mediabrands have been key drivers of Interpublic’s success in recent years. That’s because media is where so much of the future of our industry is being defined, particularly in digital channels, programmatic and ad tech, as well as data and analytics.

“That’s why, last year, Michael Roth announced that he was more closely aligning our media offerings and IPG by asking me to serve as your Chairman, in addition to my responsibilities leading strategy and talent for the holding company. As you heard from us at that time, this move was a confirmation of how central media services have become to the evolution of marketing overall – as well as a statement of our intent to promote greater collaboration between all of our media agencies and the rest of the IPG portfolio.

"We’ve made real progress in these areas, but there is still a lot to be done to fully realize that opportunity.”

Krakowsky told staffers his appointment last year to oversee Mediabrands “foresaw” the possibility of Tajer departing -- he’s heading back to Sydney, where he had run the Mediabrands operation before taking on the global CEO post in 2015.

“This transition will be a seamless one, with Henry’s reports moving over to me,” Krakowsky wrote. “Given that I’ll continue to serve in my corporate IPG roles, I’m fortunate to know many of you well and to have become even more fully immersed in your businesses over the past 15 months.”