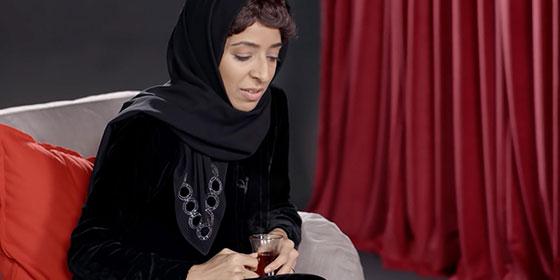 Unilever's Brooke Bond Red Label Tea wants to empower Arab women through its "Speak Your Heart" campaign that seeks to change the perception that divorce is only a man's prerogative.

Developed with agency Wunderman MENA, the campaign features a video and behind-the-scenes interview with a young women, Ohoud, and her father. A curtain and voice modifier hide their true identities.

In the clip, Ohoud discusses her marital unhappiness while her dad -- thinking she is a stranger -- first advises her to stick it out before realizing it is his daughter who is so unhappy. The video ends with a tearful reunion and his pledge of support.

The clip has already received more than 983,700 views largely because the father’s response is encouraging to women who share Ohoud's frustrations and nervousness, says the agency.

The campaign video was initially launched on April 17 and is now rolling out across different social platforms. Several prominent Arabian media personalities and celebrities have tweeted their support of the project.

In a few weeks, a second “behind-the-scenes” video will be released showcasing the two protagonists’ unscripted views on the topic.

"The interviews go on to show that the Arab world supports equality as much as, if not more than, the West," says Piotr Chrobot, ECD, Wunderman MENA. “Ohoud is not only real, but every bit as strong as she comes across here," says Chrobot. "She inspired us to take the ‘Speak Your Heart’ platform to the next level, wherein we could tackle difficult subjects from a very ear-to-the-ground viewpoint."

The Brooke Bond Red Label brand has regularly highlighted important topics across the world, based on the insight that tea enables genuine conversations. It can help people find common ground and have heart-to-heart exchanges with the ones in our lives who matter the most.

However, Speak Your Heart as a platform has been crafted in the region, for the region. Launched just over a year ago, the topics highlighted include gender roles, societal pressures and unconventional marriages. The previous project featured lighter conversations, such as sharing home responsibilities, wife/working-husband taking care of home, and family planning.

"I would say we were teasing and testing audiences. Even with this kind of light topic, we had a lot of negative comments," says Chrobot, adding there’s more content coming up in the next few months based on some unique insights about the region and its people.