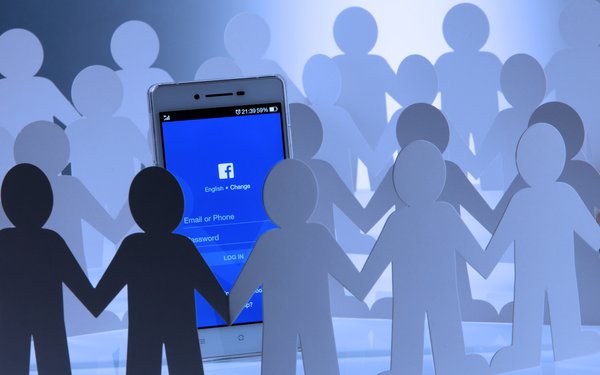 As Facebook focuses on a move from "Friends" to "Community" will search play a greater role?

He spoke about how photos and videos are becoming more common than text and how the company launched a set of new cameras as the first step toward making the platform more compatible with augmented reality.

Last month, Facebook reported that one in every five videos on the platform is a live broadcast, and in the past year daily watch time for Facebook Live broadcasts has grown by more than four times.

And did you know Facebook is building a solar-powered plane called Aquila that it will use to beam Internet access to parts of the world that don't have it? The company tested the technology earlier this year with a Cessna.

Amidst all this craziness and technology, finding ways to search for and connect friends to build virtual communities matters. In Zuckerberg's annual letter to Facebook members and investors published in February, he wrote that for the past decade the company focused on connecting family and friends. Now the focus turns to building a community, but what does that mean for advertisers?

Building positive communities for good, of course, "for keeping us safe, for informing us, for civic engagement, and for including everyone," Zuckerberg said during the earnings call. Zuckerberg wants to turn Facebook into an online directory for connecting like-minded individuals, which in the long run could help improve ad targeting.

In late April, however, the company released its bi-annual Global government Requests Report showing that globally government requests for account data increased by 9% globally compared to the first half of 2016, from 59,229 to 64,279 requests. In the United States those requests jumped from 23,854 during the first six months in 2016 to 26,014 in the second six months during the year.

Those communities are not just for those who participate in them. They are for advertisers searching for specific audience models to target not only based on the communities in which they belong, but the images they share and the words they use in posts to describe experiences.

"The top priority right now is just building out the base of organic interaction between people and businesses that they want to interact with," Zuckerberg said. "And once we get that to a big base, then there are going to be a lot of opportunities to build a business, and the business will be proportional to the amount of that activity that people want to do organically."

In terms of growth, analysts do have concerns. Macquarie Group Analyst Ben Schachter wrote in a research note published Thursday that Zuckerberg and crew didn't specifically talk at all about search and that virtual and augmented reality are still years away. In the immediate future the challenges remain investments in technology will put a strain on margins, U.S. year-over-year growth remains weak since the first quarter in 2013, and the company expects desktop growth to slow again in the second half of 2017.