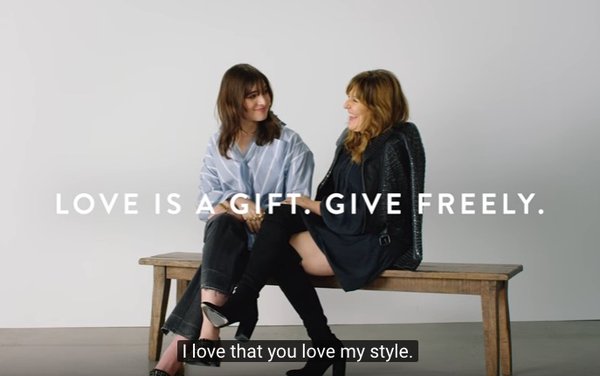 With marketers of all types piling on the push for Mother’s Day, new research predicts moms can expect a style upgrade, with clothing and jewelry high on people’s shopping lists.

While the basics—cards, flowers and a meal out somewhere—have become the expected traditional gifts, most people buy multiple gifts. And Brand Keys New York says it expects consumers to spend 10% more on apparel gifts for mom this year, compared with last year, while spending on jewelry gifts is likely to rise 7%.

In part, that’s because people continue to expand the idea of the holiday keeps expanding. “Mother’s Day has encompassed a broader spectrum of relationships and has become a more universal celebration,” says Robert Passikoff, president of Brand Keys, in the report, including a broad constellation of moms, wives, step-moms and female relatives and friends.

Because it’s one of the few holidays that crosses just about every religious, cultural and ethnic boundary, it’s one marketers increasingly leverage. Many, of course, are from the places shoppers are more likely to get a gift, including Nordstrom, Lands’ End, Edible Arrangments and Zale’s emotional social plea, #UnplugForMom.

But plenty of larger marketers continue to seize the seasonal mom momentum for larger efforts, including Lysol’s tribute to women’s protective instincts, Kraft’s “Swear Like a Mother” effort for Macaroni & Cheese and KFC’s faux-sexy take on sending mom off “On the Wings Of Desire.”

The survey, based on Brand Keys’ annual Customer Loyalty Engagement Index, which includes about 6,200 men and women, found tech remains relatively unappealing, with just 13% planning to shop in that category, about the same as last year.

And more people plan on seeing mom in person this year, “likely due to lower costs of gas and airfares,” he says, with 7% more saying they’ll do so this year than last. (It’s about 22% of the total.)