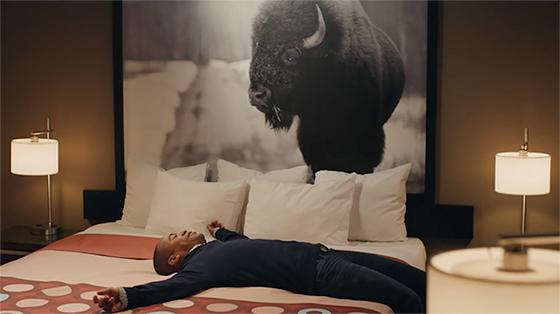 Motel chain Super 8 is introducing a new brand platform, “See You on the Road,” inspired by the popular hashtag #RoadTripFails often used to highlight problems that travelers encounter on the highways and byways along their journeys that frequently turn out to the funniest and most memorable moments of a trip.

Developed with agency Terri & Sandy, the multi-million dollar campaign contrasts the not-so-perfect moments of the open road with the restful moments that await at a Super 8.

“It was born from the truth that some of the funniest and most memorable moments on the road are the blunders,” says Terri Meyer, co-founder, CEO, Terri & Sandy.  “We wanted our consumers to know that ‘We get it!’ and that Super 8 is the perfect refuge for those seeking a haven from the highway."

The campaign consists of four 15-second spots that include the tagline “At Least Tonight Can Be Super." The spots are designed to speak to a broad demographic of travelers and include a family whose toddler needs a bathroom break, a lone traveler having a stare-down with a bison, a father’s too-close encounter with his teen son’s stinky feet, and millennial road trippers facing a selfie gone wrong.

The media buy runs across major cable networks like TBS, HGTV, Food Network, and CMT, as well as digital platforms. The campaign will then expand across radio and social media in the coming weeks.
Super 8's advertising budget was $3.22 million during 2016, down from $3.75 million in 2016, according to Kantar Media.

Terri & Sandy first partnered with Super 8 on this new strategic and creative assignment in January of this year. The hotel chain is seeking to raise its profile after parent company Wyndham Hotel Group invested $100 million in brand-wide upgrades and enhancements. The independent ad agency also represents sister brand Microtel.