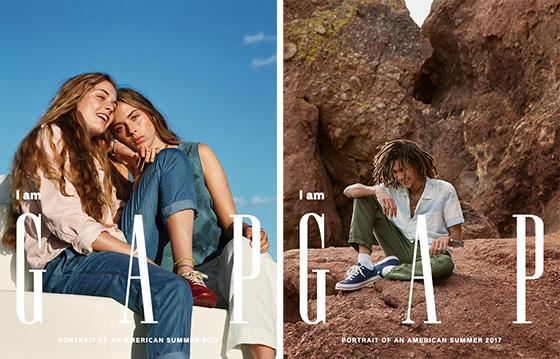 The Gap has gone from showcasing celebrities to models to dancers and back again. Now for the first time, the retailer is using everyday Americans for its summer advertising campaign.

Developed with creative agency Untitled Worldwide (UWW), the campaign features 20 individuals from across the country with different backgrounds and beliefs.

"Ultimately, we chose a cast whom are all wildly different from each other--from the conservative cowboy to the Native American activist to the Sudanese refugee--all with different stories, of various ages and interests," says MT Carney, founder, CEO, UWW (and former Disney  Marketing President and Naked Communications partner).

"Each person had their own quirks, passions, hopes, fears, challenges to overcome, but they all shared a common desire to leave their mark and do good in the world, in ways both big and small,” said Carney. “We felt like these individuals truly deserved to have a voice, and we were incredibly honored to provide them a platform."

The creative was shot in six cities and various environments. The individuals selected for the campaign wear classic Gap apparel and accessories. In today's fractured America, the campaign takes a strong stance for inclusivity of lifestyle and attitude.

Coincidentally, there were a couple people who were wearing Gap jeans or a Gap shirt when they were first approached by the campaign team. "But that was not a filter for us," Carney says. "Overall we had an incredible response. It can be intimidating and even slightly suspect when someone approaches you on the street or in a cafe and starts speaking to you about being in a campaign for a big retailer.  There were several people who thought it was a joke or a hoax."

The media buy runs across digital, social and in-store throughout the summer.

In addition, some of the selected players will be tasked with showing off their cities or providing glimpses of certain of their traditional summer activities via a social media lens.

UWW started working with The Gap in March of 2016, overseeing the launch of various campaigns such as Fall's #DoYou and Spring's "I am Gap."