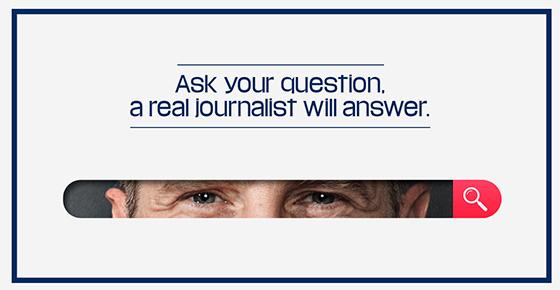 With help from J. Walter Thompson Paris, publisher Libération decided to fight fake news during the recent French presidential election by introducing an anti-hoax service titled Check News, which it will continue to use going forward.

The CheckNews.fr search engine traded algorithms for real journalists for three days before the French elections on April 23. The project required a team approach, with the agency working closely with the editor-in-chief at Libération and its teams of fact checkers to help readers sort between fact and fiction.

The journalists came from the fact checkers service, Desintox.

“Is France becoming an Islamic republic?”
“Is candidate Emmanuel Macron backed by Saudi Arabia?”
“Is the Euro raising prices?”

Responding to the queries, journalists would investigate and cross-reference before publishing their answers.

The project has already gained massive attention in France. "The major surprises came from the technicity of some of the questions asked to the journalists, showing the deep interest and will to get sharp and correct information in such a crucial time," the agency stated.

In addition to word-of-mouth, Libération is promoting the operation via its social networks and on its Web site.