Look Sharp: You May Detect Cancer In A Child 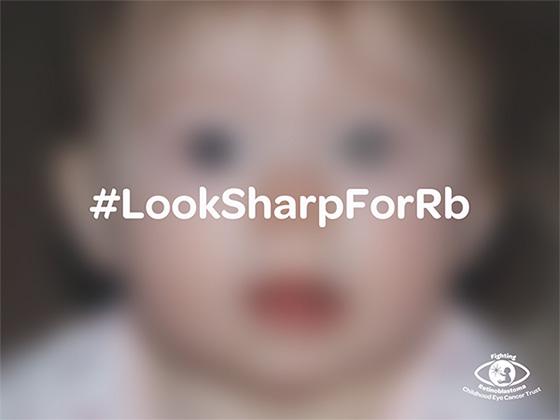 The Childhood Eye Cancer Trust (CHECT) and its pro bono agency Wunderman UK are launching a campaign to raise awareness about Retinoblastoma, a predominantly childhood eye cancer. The campaign is timed to Retinoblastoma (Rb) Week, which begins May 8.

The "Look Sharp" initiative leverages social media influencers to upload blurry images to their Instagram feeds that will look like they’re loading, but actually reveal a message over the blur stating “Kids can’t see eye cancer, but you can.”

The blurred image will then load to reveal a picture of a young child affected by Rb, revealing a key sign and symptom of the horrific disease - a glowing white eye taken with a flash photograph. The copy will encourage parents to #LookSharpForRb on social media, pushing the message that ‘checking eyes saves lives.’

In addition, Wunderman UK has created a suite of digital assets, which will be distributed across CHECT’s owned channels.

Retailer Vision Express is also supporting the #LookSharpForRb message with an in-store competition asking customers and passers-by to snap a poster that recreates the white glow of Rb. People will be encouraged to share their image with the hashtag on social media. A series of random winners will be identified throughout the week and given free eyewear frames.

This project is designed to "encourage parents to pay close attention to every baby picture they scroll past," says Patrick Tonks, CEO, CHECT. "As a disease with a history of being spotted in photographs, the more parents that look sharp, the more eyes and lives can be saved.”

Agency and client hope to replicate the success of their previous campaign, "The Next Photo" initiative, which  turned the smartphone into a handheld cancer detector by showing white flecks that can appear in a child's eye that indicate cancer. The project reached 69 million people via press and online video.