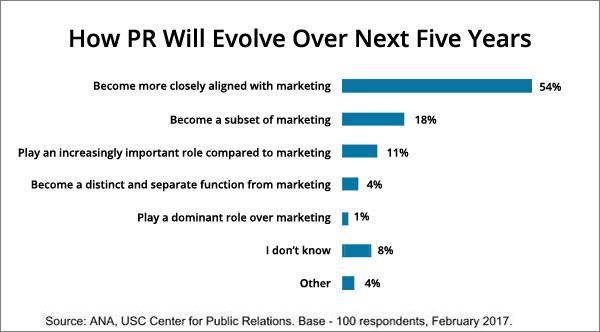 Driven by three burgeoning trends -- social listening, “digital storytelling,” and real-time marketing -- a majority of big marketers plan to boost both their internal staffing and their overall spending on public relations over the next five years, according to findings of a new report released this morning by the Association of National Advertisers.

The report, conducted with the USC Center for Public Relations at the Annenberg School for Communication and Journalism, signals that changes in both the marketing and media mixes are driving new strategic roles for PR.

The findings, which are derived from a survey of 100 marketers conducted in February, found that nearly two-thirds (62%) plan to boost internal staff to support public relations over the next five years, while three-quarters (75%) plan to increase overall spending on PR.

Based on the findings, Fred Cook, director of the USC Center for Public Relations and chairman of Golin, predicts "a convergence of PR and marketing" over the next five years.

“It’s going to be very interesting to see how that merger plays out in agencies and organizations,” he stated, alluding to the fact that PR historically has not been integrated in many corporations, but instead reported directly to the executive suite as part of corporate reputation management, investor relations, etc.

The integration of PR into marketing is supported by the fact that 54% of respondents expect PR and marketing to become "more closely aligned" over the next five years.

The shift could have a profound impact on marketers' relationships with their agencies, and even the way "agencies" are defined.

Respondents indicated that the number of overall agencies (public relations, advertising, marketing, branding, digital, etc.) their organization will work with over the next five years will either remain the same (44%) or decrease slightly (31%). 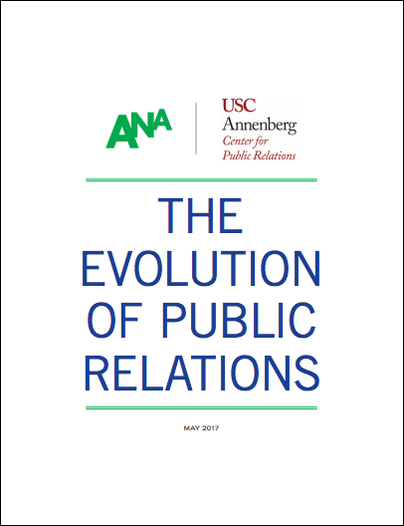