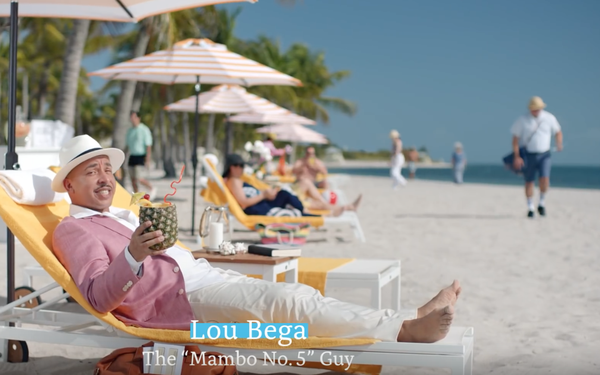 New York Life has partnered with Mambo musician Lou Bega to talk up the importance of income annuity.

Bega is best known for the 1999 hit “Mambo #5.” The premise of the spot, created by Anomaly, is that having a top song on the pop charts is like getting an income annuity from New York Life because both can give you guaranteed income in retirement.

The effort is part of New York Life’s overall campaign, “Be Good at Life” which broke in September and is grounded in insights that all generations of consumers aspire to be smart with their money and value financial security as an essential ingredient of living well.

“We hope this TV ad introduces the value of an income annuity to people who aren’t familiar with them,” Axberg says in a release.

The spot will air during the spring season finales of “Gotham,” “Grey’s Anatomy,” “Master Chef Jr.” as well as during the NBA Semifinals. It is also running on YouTube, Facebook and other digital video sites.