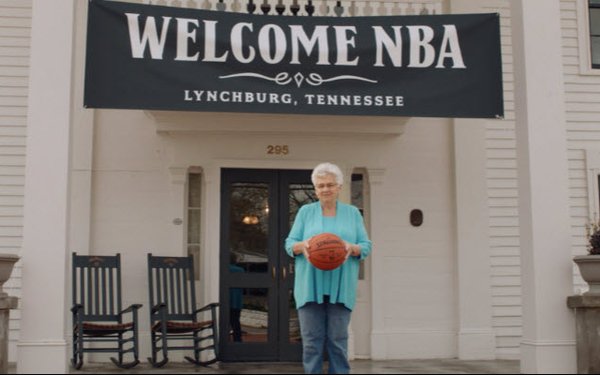 In a new TV spot, Jack Daniels is making a tongue-in-cheek play to get the NBA to create a team for the brand's hometown, Lynchburg, Tenn. (Complete with a cameo by former NBA star Bill Walton.)

In the 30-second “Lynchburg Lights” ad (below), from Arnold Worldwide, a narrator acknowledges that Lynchburg isn’t “the most exciting place in the world,” and “we’re not exactly known for our ability on the court.“ Still, he says, “we have no shortage of team spirit” and “we do know a thing or two about developing a franchise.”

The sign-off message: “Jack Daniels: the most exciting thing about Lynchburg, Tenn. For now.”

The visuals show some of the always-welcoming residents of Lynchburg demonstrating their NBA enthusiasm, in their own unpretentious ways.

The ad also includes a glimpse of a rudimentary scale model of a basketball arena — as well as Walton, now a TV sportscaster, briefly expressing incredulity about Lynchburg’s team proposal.

Jack Daniels will also be featuring the spot on its owned Facebook and Twitter channels, and there will also be some paid advertising on those platforms, according to the brand’s global PR manager, Svend Jansen.

Additional digital and in-store elements will roll out in coming months.