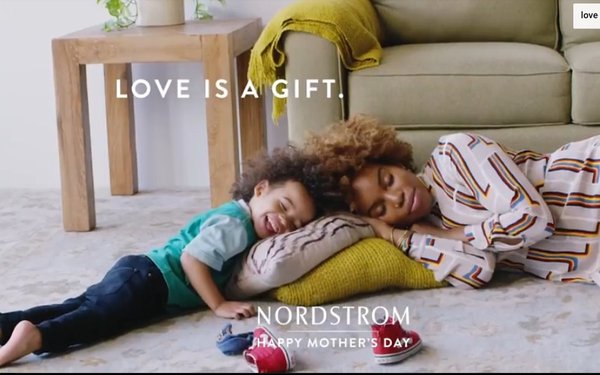 Nordstrom, which reported a decline in sales in its high-end department stores, is losing some luster in brand equity, too. Though still a favorite with lovers of luxury, the latest ranking from Harris Polls indicates the changing perceptions of younger shoppers are causing it to slip.

It’s not that Millennials don’t appreciate nice stuff, or even that they don’t like Nordstrom as much as they used to. “It’s that when it comes to department stores,” says Joan Sinopoli, VP of brand solutions at The Harris Poll, “luxury retail labels don’t hold the same prestige for younger consumers that luxury cars or hotels do.” And all types of retailers are experiencing declines in brand equity, with the exception of off-price retailers, which rose 2.1% from last year.

Nordstrom’s just-released earnings report bears that out. Overall, the Seattle-based chain says sales grew by 2.7%, with comparable store-sales falling 0.8%. But a closer look shows that sales at Nordstrom’s regular stores fell 2.8% in the quarter, while they rose 2.4% at the Rack, its off-price chain.

“Millennials have grown up shopping on Amazon,” says Sinopoli. “They tend to like brands that reflect their taste and values and retailers from Nordstrom to Target are trying to capture that, often with their store-within-stores and boutique-within-boutiques concepts.”

Nordstrom just announced a partnership with Gwyneth Paltrow’s Goop, for example, a first for that brand, which will bring the modern lifestyle brand to its Pop-In Nordstrom spaces.

The Harris Poll research, based on responses from about 100,000 consumers, indicates Nordstrom’s decision to ditch the Ivanka Trump line seems to have had an impact, too. “We did see a dip in equity among conservatives,” Sinopoli tells Marketing Daily. Some 66% of liberals in the survey give Nordstrom high marks, about the same as 65% in 2015. But among conservatives, only 61% ranked it highly, down from 65% in 2015.

She says that it’s inherently easier for brands that skew younger, such as Ben & Jerry’s, for example, to do better with liberal consumers. “Luxury department stores are inherently aimed at older consumers, and that tends to give them a more conservative leaning, even if they are located in more left-leaning parts of the country.”

While Nordstrom over-indexes compared to other luxury department stores for Millennials and Gen Z, Harris says the average shopper age is 43.