Why Cannes Still Draws A-Listers, Hint: It's Not The Money 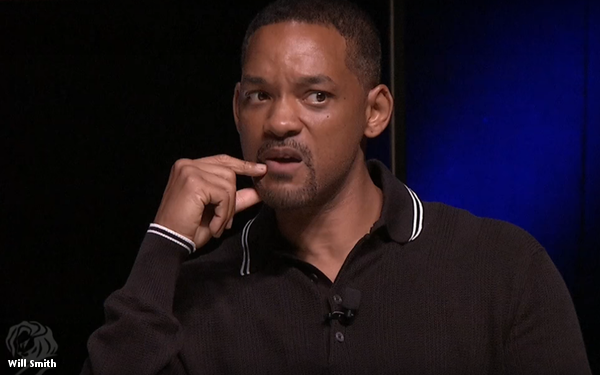 Last year, Channing Tatum made a big splash at Cannes to announce his line of American-made vodka Born and Bred. Brett Favre made the rounds talking about SQOR, a sports social network he invested in. And Marvel superhero/aspiring musician Jeremy Renner was paid around $20,000 merely to attend a dinner party.

Two years ago the Kardashians popped up everywhere, while three years ago, Mariah Carey was the top performer during the Clear Channel/MediaLink party.

And then there are celebrities who travel to Cannes for private appearances. Both Gwen Stefani and Robin Thicke have performed for fewer than 100 people on behalf of Viacom.

Every year, A-list celebrities flock to the Cannes Lions International Festival of Creativity to promote themselves and their projects. Yet every year it seems as if these projects and appearances don't amount to much afterward.

The question is, why do they keep showing up? It can't simply be the money. Will Smith makes $20 million per movie, so for him to fly across the globe for a one-hour conversation doesn't seem worth his time, particularly when these appearances don't advance careers.

“Celebrities show the Cannes Lions at its worst and best; from ‘bloated, superficial and venal’ to ‘best place in the world at that particular moment,’  sometimes simultaneously," says John Shaw, chief product officer at Brand Union.

Shaw says the Festival has turned into a Cannes sponsor’s “who’s got a bigger celebrity?”’ contest. "But you might not get much more from them than you could find on a chat show, YouTube, or ‘TMZ’. So what’s the point?"

Still, most everyone agrees Cannes is a great place for celebrities to seek high-profile brand partnerships -- especially since comparable events, including Sundance and SXSW, have faltered in recent years.

"Cannes undoubtedly brings together a huge audience of business leaders and marketers for celebrities to meet and network with," says Cindy Gustafson, chief strategy officer at Mindshare North America. "And the fact that hundreds of news outlets are lining the Croisette definitely doesn't hurt."

Getting on the main stage at Cannes puts celebrities in front of countless brands and agencies. It’s a good way to help keep them top-of-mind to be considered for new campaigns and marketing ideas -- particularly for ads outside of the U.S.

"A-list people are brands," says Matthew Bull, chief creative officer at mcgarrybowen New York. "And like all brands, they occasionally attach themselves to other brands to build.  Like endorsing a spirit or fashion line. It's been happening for years, only now Cannes, the media event of all media events, gives them a perfect platform to pose."

There is no money in music these days now that album sales have tanked. Digital sales don't pay for nannies and personal trainers. With a few exception, even movie stars can't depend on their paychecks to pay the mortgage.

"Cannes is an opportunity for them to pitch to their audience," says Persuasion's Olivia Sweeting. Actress Mila Kunis, for instance, might earn a few million to star in a comedy, whereas a few year ago she made more than $8 million to appear in a U.S.-based alcohol brand's TV spot.

Cannes enables personalities to reinvent themselves. Last year, Iggy Pop impressed attendees with his savviness and wit with comments like “ad guys are like voodoo priests between clients and the public, saying 'we will make it rain.'”

Says Shaw: "In the best cases they share stuff that’s different from the day-to-day but still completely fascinating and useful."

Gwyneth Paltrow used Cannes 2016 to proclaim that she primarily sees herself as a businessperson these days, planning to act in only one film this year.

Paltrow joins numerous other personalities that use the Festival as a launching point for redefining their career goals. A few years ago, attendees were more likely to hear Bono discussing his (RED) charitable initiatives over his music career.

"They’re attending Cannes as businesspeople or philanthropists, drumming up support for their passion projects," says Gustafson. "They’re looking to talk about something else they’ve done that sits at least one sphere outside of their core professions. Just look at some of their bios on the Cannes Lions Web site -- words like 'entrepreneur' aren’t uncommon at all."

Mcgarrybowen's Bull says he once sat on a flight from Cannes to New York next to Dennis Hopper, who had made a speech at the Festival for Archive.

Hopper justified his appearance, he says, because "he thought advertising was the best social commentary on how the nation was feeling at the time, and that it gave him lots of material to work on and with as a film maker and actor.

“He was right, and I subsequently made a few talks demonstrating exactly what he'd said," says Bull. "Right now in America you will notice most of our work displays fear."

Finally, some personalities simply tie in the visit because they’re already in Europe for their core business -- be it promoting a film or another new project -- so a trip to the South of France is easy to fit in. At the very least, it doesn't hurt that the French Riviera is gorgeous this time of the year.

"Even for the A+ list celebrities, Cannes is a luxurious locale," says Gustafson. "One that, for this festival in particular, celebrates creativity in numerous forms -- a trait that most actors clamor to be associated with.”
Next story loading