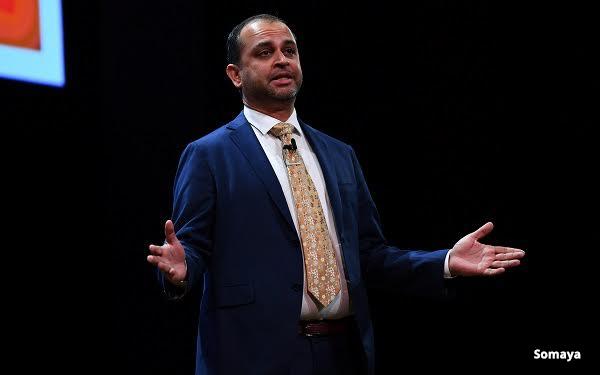 The emotions generated by sports, and the purchasing behavior those emotions can ignite, was a centerpiece of ESPN’s Upfront presentation to the ad community Tuesday morning in New York.

The Disney-owned sports network said its research department has been studying this key question for two years. “Does emotion predict behavior? And can we use it to positively effect the impact of advertising?” asked Vikram Somaya, senior vice president and global data officer for ESPN, from the stage at the Minskoff Theatre in Manhattan.

The answer is “Yes,” said Somaya (photo above), who  described how ESPN discovered “discreet events” during televised games that he calls “triggers” for purchasing decisions and actions.

“We tapped into ESPN Stats and Info. They broke every single sporting occasion into a series of discreet events. We call these events ‘triggers.’ For example, there are 700 triggers that can happen in the course of a single NFL game," he explained.

ESPN “mapped” millions of fans “against all the possible emotions they would feel during any given game, [such as] happiness, anticipation, dismay … the list goes on.”

Using this data, ESPN then worked with clients to see if the “triggers” ESPN’s research team had discovered would spur real sales, or at least purchasing considerations. “Then we got into the trenches with our clients,” he said, including Coors Light and Dick’s Sporting Goods.

“Coors Light saw the strongest results by tapping into anticipation. We ran emotion-related, tailored messaging before, during and after the game, which drove a 16% lift in brand and consideration” for the company.

Dick’s Sporting Goods “drove a 7% increase in retail sales -- the majority of which happened in post-game,” Somaya said. “These are [just a few] of dozens of examples leveraging what is completely unique about ESPN -- our primacy in sports, our intimate knowledge of the emotional state of our fans and our tactical ability to message across our platform[s] in real time.

"The emotion of sports creates actions,” he said.