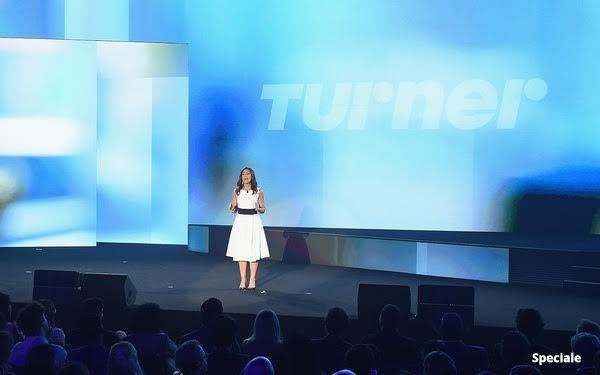 Turner Networks will invest heavily in new scripted comedies and dramas in the coming year. The company continues to transform its two biggest platforms — TNT and TBS — into destinations for high-quality original content.

The remaking of the two channels, which are moving away from their traditional reliance on off-network reruns, has been under way for at least two years. The process was a centerpiece of Turner’s pitch to advertisers at its annual upfront presentation Wednesday in New York.

This upfront season, the Turner group – comprising TNT, TBS, CNN, HLN, TruTV, Cartoon Network and Adult Swim – is promising advertisers an environment characterized by original content from name-brand producers and creators, plus commercial pods within Turner programs that are among the shortest in the industry.

The theme of Turner’s upfront pitch: “The experience is everything.”

“Helping our partners thrive starts with creating the right experiences for our fans,” said Donna Speciale, president of Turner Ad Sales (photo above). Two years ago, we announced reduced commercials in prime time first on TruTV and later on TNT,” she said. “That investment is paying off. …

“I understand you’re tired of paying more for less,” she told ad agency reps. “Well, now consider paying more for more. We’re transforming the experience well beyond television. From mobile and social to over-the-top and VOD, we create content that is tailor-made for every environment with quality measurable audiences for you.

“We’ve built award-winning branded content capabilities to support you. Our deep bench of creators and our brand studios make authentic content to help you connect with your fans,” she said. “Combined with data and insights from across Turner, we deliver. Our significant investments in data, analytics and insights are paying off.”

Turner’s presentation placed a heavy emphasis on the company’s stable of talent, including news personalities, such as Anderson Cooper and Wolf Blitzer from CNN, Shaquille O’Neal from Turner Sports, and Conan O’Brien and Samantha Bee from TBS, all of whom made appearances at the upfront

Among the announcements Turner made: O’Brien's contract has been extended through 2022, not only with his nightly talk show, but he’ll also play a substantial role in producing digital content for Turner through his Team Coco Productions.

On TBS: A new comedy, “The Last O.G.,” will bring Tracy Morgan back to TV, following his convalescence from a truck accident in 2014 in which a longtime friend was killed; and “Miracle Workers,” starring Daniel Radcliffe as an angel and Owen Wilson as God – produced by Lorne Michaels.

On TNT: A drama co-written by comedian Margaret Cho called “Highland” and “Snowpiercer,” which will star Daveed Diggs of Broadway’s “Hamilton.” (No other details were provided on either of these shows.)

On CNN: Docuseries about key periods in relatively recent history, including “Detroit 1963: Once in a Great City,” about Detroit’s glory days,, “American Heiress: The Patty Hearst Story” and “1968: The Year that Changed America.”