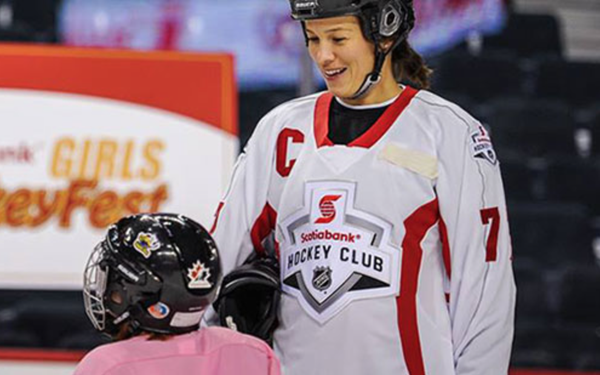 The National Hockey League and Scotiabank have signed a multi-year agreement, continuing a decade-long partnership.

Under the new deal, Scotiabank, Canada’s “Hockey Bank,” remains the Official Bank of the NHL in Canada and the named sponsor of the 2017 Scotiabank NHL100 Classic, an outdoor game to be played on Dec. 16 in Ottawa.

Scotiabank will also continue to be featured at other NHL tentpole events including the NHL Heritage Classic, the Stanley Cup Playoffs, the Stanley Cup Final and the NHL Awards, and will continue as a sponsor of the NHL’s year-long Centennial celebration in 2017. As part of the partnership renewal, Scotiabank will also have “significant” advertising presence throughout all NHL-controlled media properties including NHL.com and NHL Social, according to a release.

“Hockey matters to Scotiabank because it matters to Canadians,”  said John Doig, executive vice president and chief marketing officer at Scotiabank, in a release.

In the U.S., Discover Financial Services was the NHL's first financial sponsor in 2010. A deal signed in 2015 extends that partnership through 2019. The extension keeps Discover in the role of "Official Credit Card and Official Payment Service of the NHL” for all league events. There are no other bank/financial sponsors in the United States.

As part of its partnership with the NHL, Scotiabank has brought the Stanley Cup to more than 100 communities and plans to share the iconic trophy with more communities in the future. In addition, Scotiabank will continue to have access to once-in-a-lifetime experiences at NHL Events in support of its loyalty portal, www.scotiahockeyclub.com, which rewards passionate, engaged hockey fans. The bank also supports more than 8,000 kids’ community hockey teams across Canada.