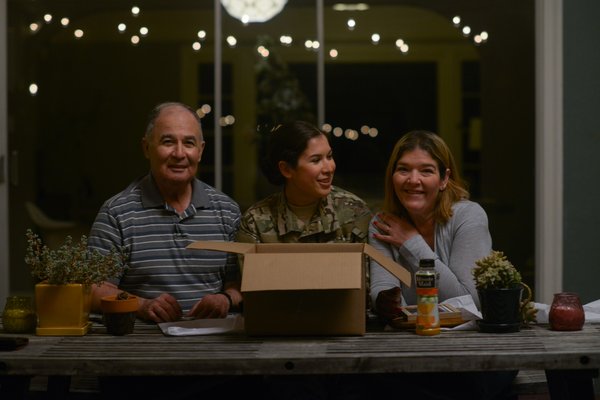 In the latest extension of its now two-year-old #doingood campaign from Doner, Minute Maid is suggesting that kids send their parents a care package, instead of vice versa.

The brand’s new long-form video (below) features a daughter, away at Army boot camp, sending her parents a package containing some special mementos and heartfelt letters to thank them for their love and support over the years — including sending her care packages during her basic training.

The parents are, of course, deeply touched by the package — and even more overwhelmed when their daughter also makes a surprise, in-person appearance.

In line with the socially driven #doingood campaign’s premise of reassuring parents that they’re doing a good job, Minute Maid hopes this new creative for the summer will inspire kids who are away from home to send mom and dad a “reverse care package.”

The video is featured on the campaign landing page on the brand’s site, as well as on Minute Maid’s YouTube channel.

It’s being promoted through social and digital — including programmatic digital networks and paid and owned Facebook — and influencers including bloggers, media partner Upworthy and talent partnerships such as Olympic Athlete Missy Franklin, according to a brand rep.

For example, the Navy Federal Credit Union ran a #ReverseCarePackage social promotion last summer, encouraging its members at Fort Hood, Fort Bragg and Fort Gordon to send thank-you packages to their loved ones.