Former Yahoo CEO Levinsohn On SteelHouse And Future Of Advertising 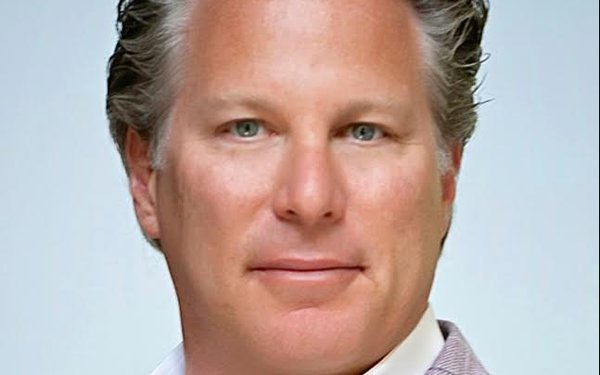 As a former Yahoo CEO and president of Fox Interactive Media, Ross Levinsohn has a long history leading small and large companies. Recently he joined the SteelHouse board of directors to help founder Mark Douglas and team focus on several initiatives, including creativity, transparency to identify the best return on investments, and supporting the company's increasing focus on video advertising.

Douglas said SteelHouse now generates more than $100 million in annual revenue, heading toward a billion, and Levinsohn is one in a handful of people in the advertising industry who has the experience in building companies of this size. SteelHouse recently turned its focus to video advertising, expanding its creative capability to include tools for managing video, another area in which Levinsohn has experience.

Levinsohn also shared his thoughts on challenges that marketers face in an increasingly "convoluted and complicated advertising ecosystem" -- the future of advertising for digital and traditional, Amazon's rising dominance in search, and Verizon's acquisition of Yahoo. Here is an excerpt from the discussion.

SMD:  What drew you to join SteelHouse's board of directors?

Levinsohn:  The most important challenge -- and it's been this way for some time -- is the lack of transparency for dollars spent. When I first met Mark at SteelHouse we spent a lot of time talking about the fervor to reduce costs. During the past four to five years, largely due to the emergence of programmatic, in some cases procurement officers began to run ad buying or marketing. They rushed to get the cheapest cost for every dollar. What got lost, aside from price, was the location in which the ads would run and the return on investment. I think it backfired on the industry after a couple of years.

SMD:  What's the best piece of advice you ever received?

Levinsohn:  When you do something, focus on it wholly. We often have a tendency in business to gravitate toward the easiest thing, which isn't the most productive. I had a boss early in my career who said to me that you will have hundreds of things to do daily, but make sure you pick the one to three most important and do them early and every day. Focus has always been the best advice, because we're always bombarded with things we have to do. Focusing on the things most critical is always the challenge.

SMD:  What keeps you up at night about the advertising industry?

Levinsohn:  Today, if you're not Google or Facebook, everything keeps you up at night. They have such a strong position that if I'm not one of those two companies I tend to be worried about how I compete with them. A marketer can find value and productivity on those two platforms, but I know this even going back to my days at Yahoo -- marketers would say to me, we must keep Google honest and make sure we spread out money around. Marketers are still thinking that.

These days you can add Facebook to the mix, but I wouldn't want to put 80% of my budget in just two companies, even if they reach a majority of the people. It difficult to tell a creative story on just two networks. Television still matters because you can tell a story and that translates into video on the Web and mobile. The video advancements on mobile we will see in the next 18 months will be quite dramatic.

SMD:  What is the future of advertising and how does SteelHouse fit in?

Levinsohn:  A large part of the future of advertising is how marketers reach consumers on mobile. The canvas presents significant challenges. Creative execution on those screens will place an emphasis on how to deliver a concise message on a small window. How do you remember that Tide commercial when walking down the aisle in Gelson's market? I can now hit you with a coupon. SteelHouse fits in to support data and retargeting, but also through the creative.

SMD:  What is the future of search advertising?

Levinsohn:  There's no end in sight to Google's dominance in search. They've provided an incredible platform for marketers. YouTube might be the second-largest search platform, but Amazon is something I would watch. I don’t know the number of queries tallied on Amazon, but just as you go to Google to search for something and show intent, that intent is magnified on Amazon. If you're on Amazon and do a search, you're there to buy. Amazon is just now sticking its foot in the ad business. The future for search advertising is enormous.

SMD:  What are your thoughts on Yahoo joining Verizon?

Levinsohn:  It's really a game of scale. Although Yahoo was a massive business, you see how companies have grown bigger and more powerful around it. The best news is that Tim Armstrong is at the helm, and he understands the Yahoo business. He's been running a smaller version of it, and his background at Google is great.

I'm still a believer in Yahoo. It's a global brand with great brand recognition. Yahoo Sports and Yahoo Finance are still relevant. There's a lot of work ahead, but being able to combine all those brands into one company along with the AOL brands and HuffPo creates a great opportunity. You have a great, large well-financed parent that can spend the money to be competitive.