'Tis The Season For Festivals Of All Kinds 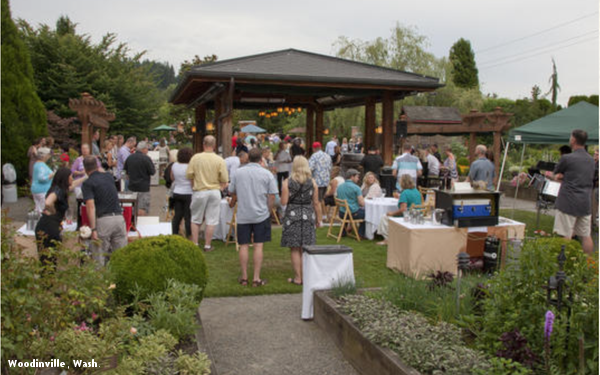 Cities and venues across the country are gearing up to hold summer festivals in the hopes of attracting tourists and tourism dollars.

And brands are jumping on the festival bandwagon hoping to make a positive association in consumers' minds.

The interest in festivals and other venues by brands is growing, says Chris Cavanaugh, CMO of Freeman, a company specializing in integrated experiential marketing solutions for live engagements. Brands, which take on sponsorship roles and in some cases actively participate in the event, are using these opportunities to engage with consumers, he says.

The most important thing a brand can do when evaluating whether to align with a festival is to consider whether the opportunity aligns with the goals and objectives of the company, he says. "Is the right audience going to be there? Are there opportunities to truly engage with that audience, or is it simply adding a logo? Do you have the ability to generate data to better understand your audience and also measure your return on investment? Before considering any sponsorship or activation -- large or small -- you must make sure it supports your overarching strategy," Cavanaugh tells Marketing Daily.

Bank of America is sponsoring the Eat (Red) Food and Film Fest June 20 at Bryant Park in New York. The food aspect of the festival is led by chef Mario Batali. The fest is part of (Red)'s annual culinary campaign to raise money and awareness for the fight against AIDS. Other sponsors include Apple, Beats by Dr. Dre, Belvedere, Claro, The Coca-Cola Company, GAP, MCM, Salesforce, SAP, Starbucks and Telcel.

Hotels for out-of-town attendees are a big part of festival revenue, which is probably why Motel 6 recently announced what it deems as the top six quirkiest summer festivals of 2017. They include Twins Days in Twinsburg, Ohio, from August 4 to August 6. Each year, hundreds of sets of twins travel to Twinsburg to celebrate their duality at the Twins Days Festival, the largest gathering of twins and other multiples in the world.

The discount hotel chain also highlighted the Watermelon Thump in Luling, Texas, held June 22-25. Since the festival's inception in 1954, residents and out-of-towners alike have come together to pay tribute to the iconic summer fruit and its local growers.

Another quirky one that didn’t make the list is the annual Avon Heritage Duck Tape Festival, which sets up Father’s Day weekend — June 16 through June 18 in Avon, Ohio. The festival includes a circus-themed parade featuring floats made with Duck Tape and larger-than-life Duck Tape sculptures. The first 500 spectators each day will receive a free roll of Duck Tape.

Festivals focusing on food and beverages are big nationwide. In Seattle alone, there are dozens, including Bite of Seattle July 21-23 and the annual Experience Woodinville Food, Wine, Craft Beer, Cider and Spirits Festival on July 9, which features the best of the area’s wine country. The third annual event has grown each year and sells out quickly, says Rhanda Rosselot, the festival’s marketing manager.

Pride festivals celebrating the LGBTQ community are also hugely popular across the country. For the 17th consecutive year, the City of Wilton Manors, Florida will host more than 40,000 festival-goers from across the U.S. at the 2017 Stonewall Parade and Festival on June 17. NYC Pride hosts a slew of events June 17-24 including a march and PrideFest, a street fair that combines vendors, entertainers and activities for a day of fun and celebration in the name of equality. PrideFest attracts thousands of out-of-state visitors and brings them together with local residents and families, corporate sponsors, community leaders, and local business owners.

Finally, summer weather means outdoor music festivals of every type. Cracker Barrel Old Country Store is sponsoring the annual Country Music Association’s Country Roads Stage at Nashville's Ascend Amphitheater June 8 through June 10. This is the start of a three-year partnership between Cracker Barrel and the CMA.