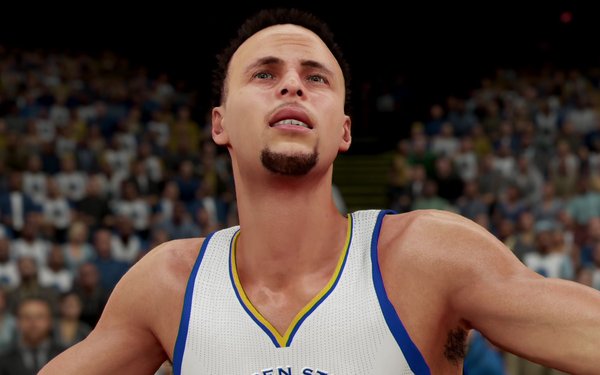 Under Armour invested heavily in Stephen Curry, who became one of basketball’s most popular players and a major cultural phenomenon almost overnight. Unfortunately, little of the buzz linked back to Under Armour. The cultural frenzy was drowning out the brand, and as a result, people weren’t connecting Curry to the brand.

Curry represented Under Armour’s best opportunity to gain traction in the lucrative basketball category, and it was about to pass us by.

By living in the media environments of our target consumer, we discovered that:

By design, an athlete’s video-game self is capable of putting up more ridiculous numbers than his real-life counterparts. But with the way Curry was playing, it was evident that something incredible was happening—real-life Curry was actually outperforming video-game Curry.

As the season unfolded, this insight became a cultural narrative. Our consumers debated online. Segments of sports-talk shows became dedicated to the topic. And developers of the world’s most popular and realistic basketball series, NBA 2K, were being quoted in articles as evidence of how no one could have foreseen how good Curry was going to be.

gotten by changing the actual game? What if we let fans experience what it’s like to play like real-life Curry by making video-game Curry just as good?

We worked with 2K to do something they'd never done and change the game's code to briefly raise Steph's rating to the highest the game allowed.

We created a video to announce the event to the world.

A 30-second version of the video aired during Curry’s MVP acceptance speech and a long-form version ran online. National press coverage and buzz led to 30 hours—a nod to Steph’s jersey number—during which NBA 2K players could honor his MVP season by playing as him in the game with his MVP skills for the very first time. And to make absolutely sure that the brand and Curry would be inextricably linked, we also had branded content inside the game. Under Armour had in-arena signage takeover, an in-game hashtag bug and an in-game release of Curry’s MVP shoe.

By leveraging non-traditional thinking to capitalize on existing behavior, we successfully got people talking about the brand and Stephen Curry and gave them an experience they’d never forget.

And like Curry’s season, the numbers spoke for themselves: