Anchorman: The Legend Of Scott Pelley 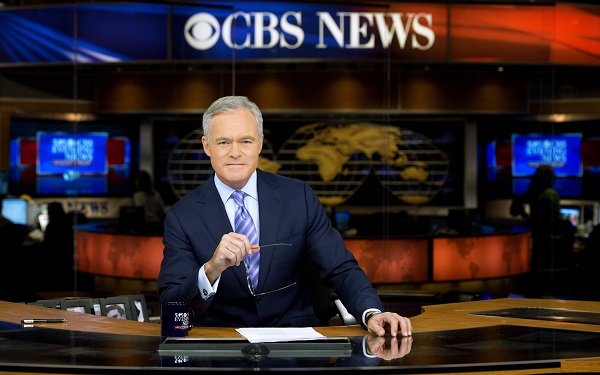 The story broke on the New York Post Web site on Tuesday evening: Scott Pelley was finished as anchor of “The CBS Evening News.”

The evidence: According to sources, his current office was being cleared of his belongings on Tuesday while he was reportedly away on an assignment for “60 Minutes.”

His workplace possessions -- including, presumably, the sailboat painting, the green lion bookends (what is that? Malachite?) and books including The Camera Never Blinks Twice by Dan Rather and A Reporter's Life by Walter Cronkite -- were reportedly to be moved to a new office wherever CBS houses the staff of “60 Minutes.”

Many years ago, when I once visited the “60 Minutes” offices, they were in another building on West 57th Street, apart from the CBS Broadcast Center.

Pelley will reportedly continue as a “60 Minutes” correspondent. But for reasons not yet known, he is out as the anchorman and face of CBS News.

The news spread quickly following the Post story, although by 11 a.m. Wednesday morning, CBS still had not commented -- an indication that the Post story took the network by surprise. There was no word by 11 a.m. about a replacement for Pelley on the network's flagship newscast either.

The Post story indicated that Pelley was moved out of “The Evening News” because he had been clashing with CBS News President David Rhodes. That does not sound like a good reason for a network news chief to replace his anchorman.

An Associated Press story subsequently cited a lack of ratings growth in the competition with “ABC World News with David Muir” and “The NBC Nightly News with Lester Holt” as the reason Pelley is being replaced. Pelley had been the newscast's anchorman since 2011.

The AP story characterized “The CBS Evening News” as running “a distant third” to the other two. It's true that the CBS newscast is in third place, with roughly 1.5 million fewer viewers than the other newscasts on a nightly basis.

So what happens now? Sometime on Wednesday, we should expect CBS to put out a statement thanking Pelley for his years of service to “The Evening News” and wishing him well as he takes up full-time work for “60 Minutes.” The statement may or may not include the naming of Pelley's replacement.

The question remains, however: What did Scott Pelley do wrong? By all appearances to those of us not privy to the process that goes into assigning an anchorman to a story away from his home base and then bringing in some work people to clear out his office while he's gone, Pelley was what you might describe as “an anchorman’s anchorman.”

He was very much in the CBS mold -- buttoned-down, no-nonsense, utterly professional. He may have been a little bland, but that’s a common characteristic of TV anchormen. “An inch deep and a mile wide” -- that’s the way one anchorman once described himself and his peers in a conversation with me some years back.

He didn't mean that anchormen suffered from shallow intellects. He was referring more to the need for an anchorman (or anchorwoman) to be prepared to report on the widest variety of subjects at any given time, and sound authoritative about every single one of them.

Pelley seemed to fulfill this requirement in every way possible. In addition, he had worked his way up the CBS News ladder in the best way -- by achieving great things in TV journalism. A quick glance at an online bio on Wednesday morning indicates that Pelley has won every single award that it is possible to earn in TV news.

As a swashbuckling, global reporter at heart, maybe he’s glad to get out of the “Evening News” anchor chair. Or maybe he’s asking himself: What's a guy gotta do to earn some respect around here?