Changing The Guard At Publicis: Levy Passes Baton To Sadoun 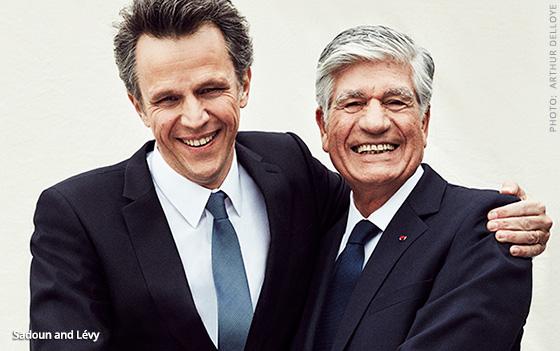 Maurice Lévy today presided over his final shareholder's meeting as CEO and Chairman of Publicis Groupe — he passes the baton to successor Arthur Sadoun June 1.

During the meeting, attendees approved Levy's nomination to become president of the Supervisory Board, replacing Elisabeth Badinter. In this newly expanded -- but largely undefined -- role, Lévy will earn €2.7million euros ($3.14 million) a year, similar to his previous compensation as CEO and Chairman, which was based entirely on performance.

Sadoun is projected to earn €1 million euros ($1.12 million) in salary this year, with the possibility of a big bonus if the Groupe's objectives are achieved.

Also during the meeting, Publicis announced that former Saatchi head Kevin Roberts earned €598,000 euros ($669,000) in salary and €1.407 million euros ($1.58 million) in variable incentive-based compensation, but was not eligible to receive a bonus on top of that after resigning in the middle of the year.

He made ill-advised comments about women in the media.

At the meeting, it was also announced that 67% of Publicis employees attended training courses last year, totaling 1.4 million hours of training. The Groupe also donated an equivalent of €67 million euros ($75 million) in 2016 across 750 pro bono projects.