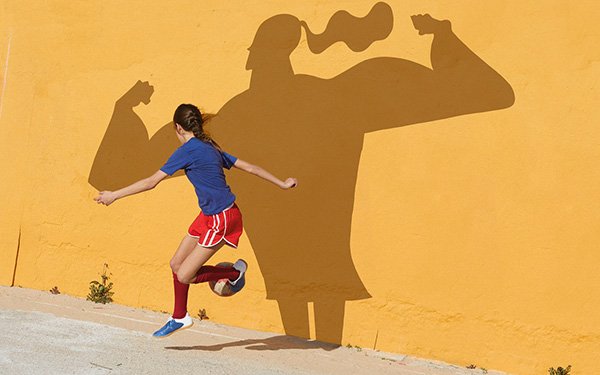 The Union of European Football Associations (UEFA), with support from its 55 National Associations and agency FCB Inferno, are out with a campaign designed to encourage teenage girls to get involved with the sport.

It has been dubbed the #WePlayStrong initiative, and the parties have a goal of making European football (that would be soccer in U.S. parlance) the top sport for girls between the ages of 13 and 17 across Europe within five years.

The effort is timed to the UEFA Women’s Champions League Tournament. The Tournament’s final is scheduled for June 1.

The project features a 90-second film developed with Nexus Studios and animation by Factory Fifteen. The film introduces a cast of aspiring female soccer players at various levels, up to the Sporting Lisbon’s professional team, to showcase their skills and teamwork.

"Our creative approach is to challenge current prejudices of the game by showing how cool girls’ football really is," says Sharon Jiggins, managing director, FCB Inferno.

The film appears online while an accompanying TV campaign debuts June 1 during the final between Olympique Lyonnais & Paris Saint Germain in Cardiff, Wales, with additional spots to follow.

A social media campaign will roll out throughout the remainder of the year.

The campaign also includes an extensive library of photography and content for the 55 National Associations to use to help change the image of women’s football in their respective countries.

UEFA is also working with a wide range of brand ambassadors, celebrities and influencers from the world of sport, music, fashion and film such as Alex Morgan, Eden Hazard, and Astrid S.

The creative concept was in part based on research from the University of Birmingham, which indicated that playing football can significantly boost confidence, happiness and self-image, helping young girls to make friends and learn vital life skills.

"The campaign will be inherently social to maximize appeal to our teenage audience through new partnerships and new platforms to engage girls where they are, with content they want to see and share," says Guy-Laurent Epstein, marketing director, UEFA.