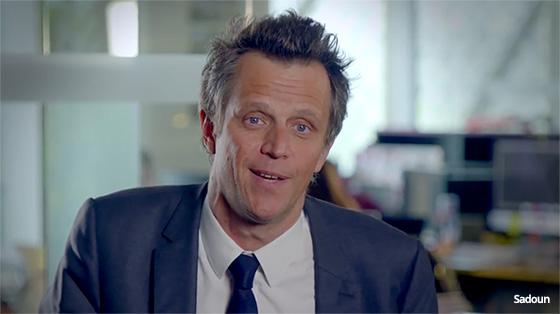 While joking that his French accent is even worse than that of his predecessor Maurice Lévy, new Publicis Groupe CEO/Chairman Arthur Sadoun outlined his vision today, which is Day One in his new role. The briefing came in a video to staffers.

"I would like to make sure my first words are for you," said Sadoun in his introduction video, which is available in Spanish, Russian, Portuguese and Chinese.

“The bar is set very high," Sadoun told the troops, noting that his predecessor increased the value of the company in the last 30 years by about a hundred times. “We are one of the top three communications companies in the world and we should be proud of what we achieved together."

Sadoun discussed his three top initiatives -- transformation, culture, and building a client-centric organization -- to prepare Publicis for the future. "If we are to be honest, we are facing some strong headwinds," he said.

The initial focus is designed to "bring back the kind of growth we deserve, to adapt our core structure to this new economy, and to make our company future-proof," Sadoun said.

He is eager to transform Publicis from a holding company to what he calls a "platform." His definition of this new platform includes an agile and dynamic company without silos that creates new value for clients.

Sadoun stressed that he does not intend to change anything accomplished by the previous leadership team, including the “Power of One” initiative launched 18 months ago. Instead the intent is to further build upon that so-called "client-centric" transformation. And to do so Publicis will appoint more than 100 group client leaders to "employ the right resources at the right time, no matter where they are, with no P&L issue," he says.

Publicis is also developing leadership teams in its top 20 countries to ensure that greater collaboration is taking place at a local level. “We are one of the very few who can really make this transformation a reality,” he says.

Meanwhile, Publicis Media is launching the Next Generation Board, a new youth-targeted initiative to cultivate new talent. Launched across 15 markets including the U.S., the UK, major European countries, India, Mexico, Australia, China, and Russia, the teams will work with Publicis Media's global executive group to bring new perspectives and insight to the organization. The members of these new boards have been identified as potential future leaders.

“Our next generation of leaders are the future of this company. It is vital that they play a significant role in creating Publicis Media’s future, from both a talent and client perspective," says Steve King, CEO, Publicis Media.