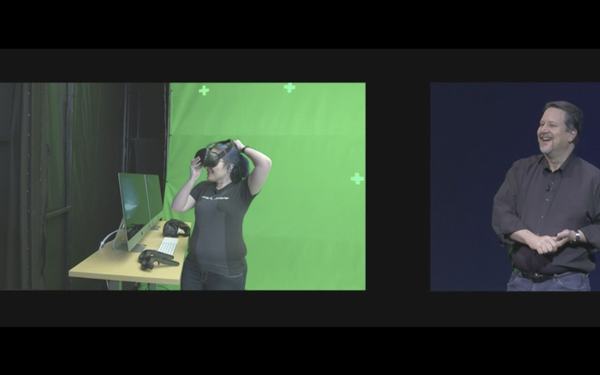 Virtual reality is coming to Mac computers this year and Apple now is focusing on VR content creation.

Among other product updates and launches, Apple introduced a new operating system and computers to support VR content at its annual Worldwide Developer Conference yesterday.

On the software side, Apple’s new MacOS High Sierra operating system will have native support for virtual reality. Apple plans to release a public beta of the operating system later this month, followed by a full release as a free upgrade to Mac owners this fall.

Macbook Pro laptops and iMac desktops received performance improvements across the board, but most of the focus of the presentation was about improved graphics processing power.

“With this graphics power, we’re really doubling down on our focus on pro content creation and that’s increasingly about VR content creation,” Craig Federighi, senior vice president of software engineering at Apple, said in the presentation.

The presentation included a live demo by John Knoll, chief creative officer at Lucas Films’ ILMxLAB and Lauren Ridge, programmer at Epic Games, who walked through developing an immersive experience within the Star Wars world. The demo used HTC’s Vive headset connected to an iMac.

“I’ve always done my art and development on a Mac, so I’m really excited about these new iMacs,” Lucas Films’ Knoll said. “I truly love the platform so I’m especially excited to be able to share some of our VR content created on these new iMacs in Epic’s Unreal Engine.”

The demo showcased the general experience of designing an immersive environment from within that environment. Ridge used the Vive controllers to open different types of menus to access tools and content in front of her.

In addition to the radial menus commonly seen in Vive experiences, Ridge opened a pop-up content browser window of digital assets to place within the virtual environment.

The window acted similarly to most desktop design applications, although the assets could be dragged and dropped directly into the scene in 3D. The virtual environment was scaled up and down, as well as rotated by using the two controllers.

This type of development has previously been limited to Windows and Linux-based computer systems.