Where Does It Hurt? New AI Platform Can Help Assess Your Ailments 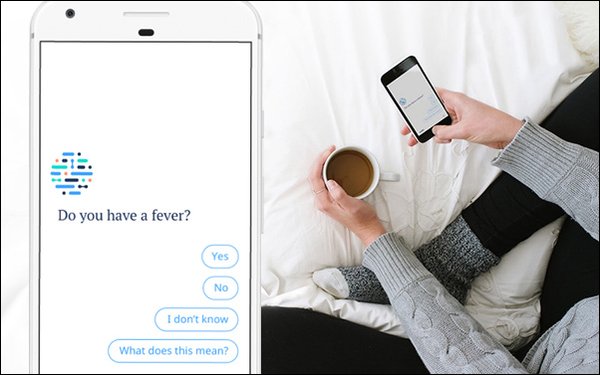 "Almost all our work is analogous to the work we did for Ada, blending business innovation with brand and product design," says Adam Lawrenson, ECD, KBS Albion.

KBS and Ada had to conduct a "huge amount" of upfront research to understand consumer responses to digital health globally. "To do this, we had to design a specific methodology," with help from University College London, says Lawrenson. "We then had to create a name, brand and identity that would resonate globally. An interface that would be intuitive across regions, cultures, and ages."

The team also had to convert complex medical reasoning and terminology into language everyone would understand. "Not to mention complexities around how to humanize an AI in such a way that people would trust it with their most intimate data," he says.

The underlying technology was first used as a diagnostic support tool for doctors, though Ada is a consumer product, designed solely for patients. Although the platform and experience are consistent across all regions, some features of the app are tailored according to different regularity frameworks.

This global healthcare application is mapping every known disease and symptom, in a way that can be synced with a patient's medical history, current medication and experience of symptoms over time, allowing for a user-specific health assessment.

"Unlike a physician, Ada can spend as much time as necessary to understand a patients’ symptoms before instantly reviewing all the available materials, including current medications, medical records, family history, lab tests, and other potential risk factors," says Daniel Nathrath, Cofounder + CEO at Ada Health.

"She can then store and organize that data, presenting it to a physician, when necessary, in a highly organized and standardized manner so that they can provide the human touch that, for now at least, artificial systems are unable to replicate."

Since its launch a few months ago, Ada ranks as one of the top-ranking medical apps in the App Store in over 120 countries. It has been featured as the best medical app in both the Canadian and U.S. App Stores.

In India alone, the app is downloaded more than 10,000 times per day, and globally, the user base is growing at a rate of 60% month on month.

Over the specialized unit's 13-year history, KBS Albion has worked with Skype from beta page to half a billion users. The shop helped King transition from a Facebook game to a $7 billion IPO, as well as incubated the mobile network GiffGff. The agency is currently helping corporations such as Vodafone and Compare the Market with large-scale digital transformation projects.