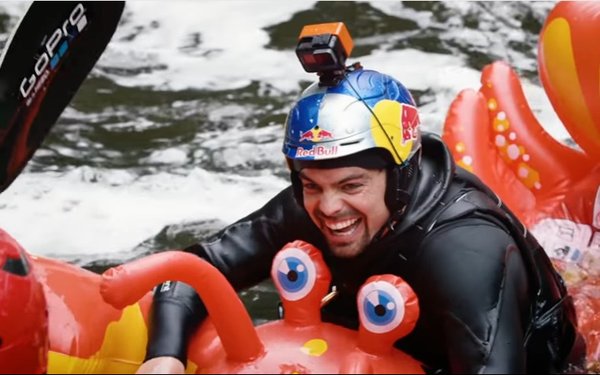 For all the attention brands shower on content marketing as the best way to win people’s attention, there’s remarkably little research on how much impact it has. But a new study from Northwestern University’s Kellogg School provides plenty of vindication: The more engaged people feel in an experience, the more likely they are to do it again. And perhaps more to the point, they are also more favorably disposed to marketing messages they see there.

“As the old idea of marketing, a paid 30-second ad meant to persuade people about the benefits of a product, have faded, this idea of experiential marketing has taken hold, with the belief that rather than just persuading, you have got to engage consumers in an experience that is meaningful,” says Bobby J. Calder, a professor of marketing at the Kellogg School, and lead author of the research. “And the media side of this is that the content itself, such as a musical performance or a newspaper, is a form of engagement. We know that people want to be engaged, and are inherently drawn to stories.”

The surprise, he tells Marketing Daily, “is that engagement is a better metric than the traditional measure of satisfaction.”

The researchers first identified five different ways people can feel engaged: Interacting with others, feeling transported, discovering something new to them, affirming an identity or somehow contributing to society. They then measured them in three different experiments.

In the first, they tracked 500 Chicago Jazz Festival attendees six weeks after the event, asking them to answer questions about all five dimensions of engagement. Not so surprisingly, the more engaged attendees felt, the more apt they were to say they would attend the next year festival, or even head to another arts event.

Second, researchers asked 11,000 newspaper readers to answer questions about engagement, including “I bring up things I’ve read in this paper in conversations with others.” As engagement levels rose, so did time spent reading, the variety of sections read, and the thoroughness of reading.

And finally, the team surveyed 150 adults in Mexico who viewed ads embedded in either a 10-minute soap opera segment or a home-improvement show. The more engaged the viewer was with the show, the more he or she liked the ads it included. As logical as that seems, the researchers say it’s the first study to prove a positive effect of engagement on TV commercials.

Calder says that puts brands like Red Bull, often called one of the best content marketers out there for its adrenaline-fueled events and media offerings, way ahead. But he rejects the idea that some brands are just inherently more engaging.

There are passion points everywhere, “and you can make an experience of almost anything, even very pedestrian activities. Look at cooking—whether it’s focusing on the farm-to-table movement or finding the next successor to kale, people want to be more engaged about food,” he says. “All it takes is engaging people in something that makes part of their life more meaningful.