With AT&T Unlimited Plans, The Fun Goes On And On And On 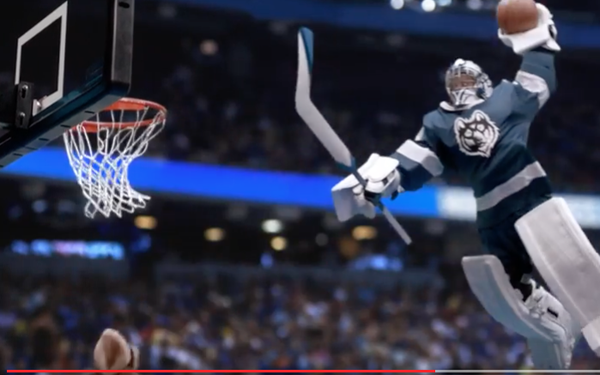 Sports and entertainment fans are known for being insatiable, always wanting more of their favorite content. In a new digital advertising campaign, AT&T depicts the ridiculous lengths to which the company’s customers can go with its new unlimited wireless data plans.

In the digital campaign (from agency BBDO), simple events go on and on and on. A couple rolling around romantically on the beach, for instance, continue through traffic, onto an airport runway, off a mountainous cliff, and over another couple doing the same before winding up in the same place. Other videos depict a string of people performing basketball dunks and a hockey goalie acrobatically blocking shots.

“AT&T is more than a wireless carrier, we are an entertainment company,” an AT&T representative tells Marketing Daily. “We want to use our digital to reinforce that with our consumers and to present our brand in an entertaining way.”

Earlier this year, AT&T began running a campaign featuring actor Mark Wahlberg, touting the array of entertainment options via its wireless, home internet and satellite television services. While touting wireless internet plans only, the new digital ads are of the same ilk “in that they are all about the customer getting more than just wireless service,” the representative says.

“We know our customers want more —and Mark, who represents the customer — says that exactly,” the rep says. “And we know that they want more of what they want which unlimited with entertainment provides.”

The digital videos will run on AT&T’s social channels, as well as on entertainment sites such as PopSugar and Us. “With the focus of the campaign being on unlimited entertainment options, like romance and sports, the spots will run on sites whose content matches what we are offering,” the rep says.