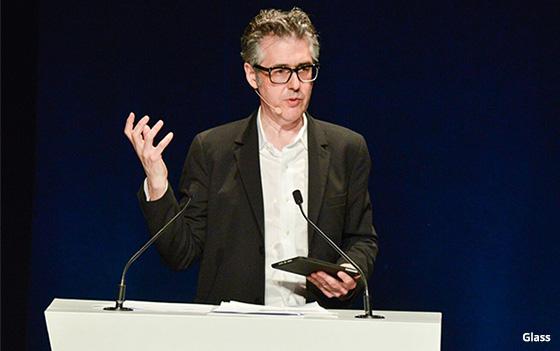 CANNES, FRANCE -- "This American Life" has a cutthroat production cycle. Staff will work on 10-11 stories, with six eventually entering production. All but three will be killed to make it to the air.

"We are making stories that mean something to people, so they will recommend it to others," says radio host Ira Glass. He was introduced by Publicis Media's CEO Steve King to discuss his role in the evolution of podcasts during the Cannes Lions Festival on Tuesday June 20.

Podcasts attract large audiences. One in four Americans listened to a podcast last month, reports Edison Research, with the audience growing by one-fourth each year.

Yet despite those numbers, Glass says advertisers remain hesitant to invest in this channel.

"This American Life," a weekly public radio show, says its heard by 2.2 million people on more than 500 stations. Most weeks, it is the most popular podcast in the country, with around 2.5 million people downloading each episode. It attracts only direct-response brands, not mainstream ads from categories like automotive, credit card, airlines, travel, or alcohol.

"Some brand could come in and own this space," he says.

Similarly, "S-Town" promised advertisers 40 million downloads in six months. "We got there in one month." Now "S-Town" has more than 53 million total downloads.

"If you give people narratives that is the same quality as TV, then they will come to radio in TV numbers," he says. Storytelling is key to developing relationships with consumers.

Glass offers several insights for brands seeking to create compelling narratives. He recommends incorporating funny moments even in serious stories, talk like a person rather than journalist, and stop illustrating what has been said. Instead, use images to tell a second story that riffs on the dialogue. Don't be afraid to work with kids. Amuse yourself. And there is power in not seeing.

For instance, Glass finds that people aren't interested in Syrian refugees “so we were really careful how we pulled people in. We asked, ‘How do you get their kids on the raft?’ That hook could pull in any parent who understands the frustrations of dealing with wormy toddlers.”