How Athletes, Brands Can Change The World: By Being Authentic To Fans 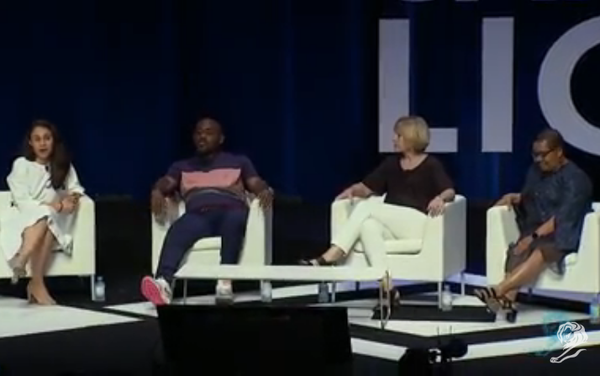 The panel, which included CMOs of two of America’s top sports leagues -- NFL CMO Dawn Hudson and NBA CMO Pam El -- as well as Translation founder-CEO Steve Stoute, examined some recent pitfalls. It examined where professional athletes, their leagues and the brands they partner with were in misalignment, which produced less-than-desirable results.

The most notorious of those, not surprisingly, involved political endorsements, including Under Armour CEO Kevin Plank’s support for President Donald Trump, which generated social-media dissension from two of the brand’s top endorsers: dancer Misty Copeland and NBA star Stephen Curry.

“Under Armour still has not recovered from that debacle,” Stoute asserted, adding the problem was that Plank was asserting his personal political point-of-view on Under Armour’s brand, and by extension, its endorsers and their fans.

Politics aside, both the NBA’s El and the NFL’s Hudson indicated it is important that leagues not dictate their point of view to their endorsers or fans, but find better ways to integrate the brands their players represent into marketing the leagues.

Hudson cited the NFL’s recent “My Cause, My Cleats” campaign, in which the league celebrated causes supported by individual NFL players vs. the league.

Noting that three-quarters of the NBA’s players are African Americans, and one-quarter were born outside the U.S., El cited a recent international game the NBA sponsored between an African team and a world team.

“It was the first game ever on the continent of Africa,” she said, adding, “It was such an emotional thing.”

As important as leagues, players and the brands they associate themselves with are, all three panelists agreed the most important stakeholder in the sports/marketing continuum is the fans.

“Neither the league nor the brands nor the athletes do it without the fan,” said the NBA’s El, adding that whatever the combination of those three relationships are they have to be “authentic” to fans.

“The athlete or the brand that drive that authenticity the most, will win,” she said. “The league, the athletes and the brands have to do right all the time, or as much as they can. Or they will be called out by consumers if they don’t.”